Doha: The Fascinating Capital Of Qatar 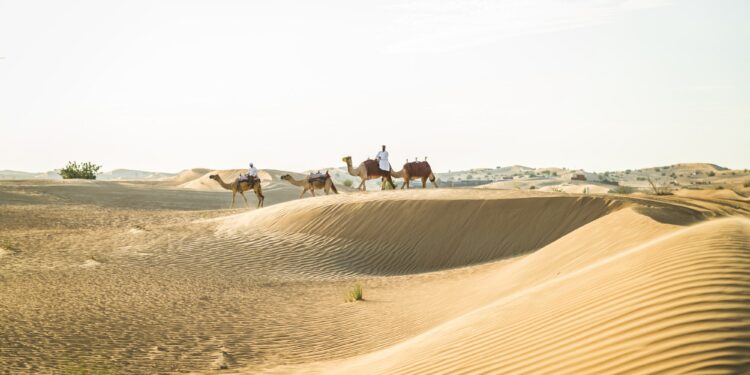 There are thousands of places on earth where tourists visit each year. Still, few offer something above and beyond the ordinary as the city of Doha in Qatar does. Most people have probably heard of this city in lessons in geography or perhaps through following the prices of crude and natural gas on the market.

The History of Doha, Qatar

Qatar was formerly a British protectorate but is now a sovereign nation ruled by an absolute monarchy. Since the mid-part of the 19th century, the ruling monarchy has been the Al Thani family. The current Emir (ruler) is Sheikh Tamim bin Kalifa Al Thani who interestingly seized the country from his father in what was considered to be a ‘peaceful coup d’état.’

Another fascinating bit of history is that only members of the Al Thani family (or their close associates) can hold high positions within the government. Interestingly, Qatar has intimate ties with the US. The United States has located their Combined Air Operations and the Central Command’s Forward Headquarters.

There are so many exciting things in Doha (in fact, in all of Qatar) that Hasbro could develop an entire game of Trivial Pursuit around just this region. Here are some amazing facts that the average tourist booking accommodation is unlikely to know. Did you know…

With the state of financial affairs globally, there is much to be learned by touring this amazingly innovative city.

Every City Has Major Attractions – But Not Like Doha!

Before mentioning some of the more exciting places to see which are off the beaten path in Doha, it needs to be said that you really should plan an extended stay in this city. Being that Qatar is the wealthiest country, a significant amount of money has been spent on beautifying and modernising the city of Doha. There are fantastic malls, mosques, parks, beaches and of course museums and cultural centres to tour. This is not a Middle Eastern country that spares money on sights and attractions. But then again, they can afford it!

Unusual Attractions in and around Doha

Education City – The WOW Factor in Its Truest Sense

If anyone is wondering how the economy of Qatar has grown by almost a whopping 20% while every other economy is failing, take a tour of Education City. Of course, a great deal of the wealth of Qatar is due to its renowned oil and natural gas resources. Still, education is a high priority, and Doha puts its money where its mouth is. With 14 square kilometres dedicated to education from primary through graduate school, it is no wonder Doha is so prosperous. This is something you will not want to miss when visiting Doha.

Understanding that this is an Arab country, you would not expect to see Christian churches on every corner. However, there was not even one church in Qatar until quite recently. In gratitude for foreign workers, the Emir approved one church to be built in his country. Visitors should take the time to see Our Lady of the Rosary, which has only been standing since March of 2008. Only neighbouring Saudi Arabia, of all Arab countries, has yet to build a Christian church.

Although the fort lies outside the city to the north of Doha, this should also be considered when staying in Qatar. The fort was constructed with thickly fortified walls and features crenulations along the very top, typical of Arabian architecture when it was built in the 1700s. As you head north out of the city, it can be seen clearly above all else around it.

The Camel Racecourse and Camel Village are only about a 60 km drive to the West when staying in Doha. This is undoubtedly something to entice holidaymakers away from the city because they can get up close to these extremely friendly and ‘personable’ animals. Park your vehicle between the village and the racecourse, and you might even be able to pet one on its way past! It is hard to imagine camel races as these creatures are viewed as slow and steady, yet camel races at Shahaniya are quite the thing.

You read that correctly; there really are singing dunes near Doha! At least this natural phenomenon makes it appear as though those towering dunes are singing in a low-pitched resonance. However, the sound is caused by winds that move the sand downwards from the leeward side. Furthermore, the sound is amplified because the barchans dunes are formed into a crescent shape. This is only 40 km from Doha, and believe it or not; one can hear the humming sound at 10 km away.

Bear in mind that Qatar is a tiny country on a peninsula jutting out of the mainland on the northeastern side of the larger Arabian Peninsula. The Persian Gulf is on one side of this Arab state and Saudi Arabia on the other. As the most modern and populated city, Doha has the most attractions, a considerable amount of accommodations, and some of the most spectacular foods in the region. So remember to plan a visit long enough to take in the culture, sights and splendour of this magnificent city, Doha.

Places To Visit In Delhi, What To Avoid And Where To Eat

Nightlife In Doha: A List Of The Top 11 Clubs And Bars

Nightlife In Doha: A List Of The Top 11 Clubs And Bars

Hotels in Vienna: Find the Perfect Place to Stay