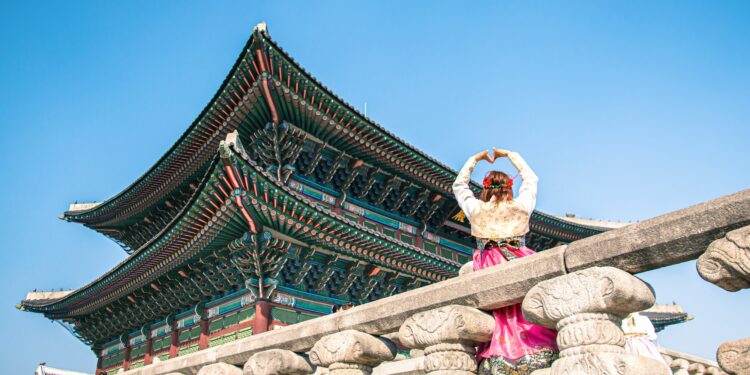 Craggy, lush landscapes; safeguarded culture; mysterious perception, South Korea is a country full of mega-corporations, misunderstood military tensions, and homogeneity. Asia’s fourth-largest economic power has rapidly risen from its turbulent history, yet the rest of the world doesn’t see the display of this tiny but rich land.

Plenty of details remain unearthed in this primarily overlooked area. Of course, one can understand its possible transparency: two of Asia’s giants, Japan and China, surrounding the Korean peninsula. Southeast Asia’s famous beauty lies only a few hours away. However, this isolated thumbprint on the globe is a jewel of excitement for travellers.

Ripe with incredible landscapes, Buddhist history, and an incredibly preserved culture, South Korea has a vast amount of activities for its residents and tourists. Pair this with the country’s high-tech, punctual transportation system–the bus routes alone can get you almost anywhere within a few hours–and it’s easy to see why so many foreigners keep coming back for more.

Whether it’s sampling Chuncheon’s famed spicy chicken dish, dakgalbi; hiking up steep trails in one of several national or provincial parks; reliving history in centuries-old Buddhist temples; or exploring Seoul’s past, present, and future; you’ll find that once you’ve given it a chance, it’s a hard addiction to kick.

South Korea is a tiny country with a large population (50 million), and the infrastructure here is advanced and efficient. As a result, it’s pretty easy to travel from one side of the country to the other in only a few hours, and the prices are hard to beat.

A bus ticket to Seoul, for example, costs typically less than $10, and closer destinations sometimes only a fraction of that. In all cities, public transit is fast and reliable. Subway systems, like in Seoul, are so extensive and easy to navigate that you’ll never have to take taxis or drive. High-speed train travel is also a good option, but taking intercity buses is the way to go.

Korean food sometimes takes a little getting used to. It can be pretty spicy and hard on the stomach as Koreans use ingredients that are not common in western cooking. However, there are so many delicious dishes that are generally simple.

Meals are often eaten in groups, and barbecue is popular. Furthermore, individual meals can only cost a few dollars, while group meals are plentiful and inexpensive.

A small group can easily split the bill and expect to pay around $10 each for meat, soup, sides, and rice, along with cheap beer and soju (Korea’s most popular alcoholic beverage).

Weekend trips are best in the countryside, joining the locals hiking through mountain parks in the summer heat. Mountains are ubiquitous on the peninsula, and many of the national parks are named after high mountains.

Koreans love to hike and challenge themselves on steep trekking paths. Access to parks is very efficient, with most cities offering public transit to park entrances, and entrance fees are generally relatively cheap at around $5.

Getting in the country

Although the country hasn’t marketed itself as a world-class destination, South Korea is very open to tourism and visitors. Many foreigners are drawn here by working contracts as English teachers, and universities have been more proactive about attracting higher numbers of international students.

All told, it’s very easy to gain tourist visas into the country, with many countries having visa agreements with South Korea. Travellers from most western countries are allowed visas for several weeks and months, not to mention working holiday visas.

Budget lodging is realistic here. Big cities will have a good selection of guesthouses and hostels and cheap motels for about $50 a night.

If you’re adventurous, you can try Hanok style guesthouses, which are traditional Korean homes giving you the chance to stay with the owners and live like a local.

South Korea is becoming increasingly non-religious, with smaller sections of Christianity and Buddhism still active. However, Buddhist traditions still linger and have great cultural significance. Many temples are protected in national parks and have stood along the mountainsides for hundreds of years.

These are a great way to learn about the country’s long history. Temple stays are also unique experiences that are easy to book.

The people and language

Even with a heavy focus on English education, most Koreans don’t speak a lot of English. In the large cities-it’s a little better, but don’t expect much English.

Korea’s official language, Hangeul, is a great way to get closer to the culture and people. The phonetic alphabet is not very difficult to learn and can easily be picked up in a few weeks (or even days). It can be a massive aid when travelling the country: helping you read street signs, restaurant menus, and signs at bus terminals.

Learning simple phrases will go a long way here, as locals will respect those who make an effort to learn at least a small amount of Hangeul.

Even though transportation is a speedy and easy process and prices, on the whole, are inexpensive compared to western countries, Korea can still be a challenge for travellers.

The lack of English communication is probably the biggest obstacle, and the country is very homogenous, so foreigners can sometimes be met with anxiety or, in rare cases, xenophobia.

My experience here is that most Koreans are very friendly and accommodating but can be shy around foreigners. Therefore, research and planning are crucial, and picking up some Hangeul along the way—at least being able to read and write.

I found that lots of travel in the country made me a better and wiser traveller, as it forced me to do my homework before going off on weekend trips. It also toughened my skin, making me more confident and outgoing in subsequent travel.

All-in-all, South Korea’s got something unique to offer to travellers from all walks of life. It’s a country that is yet to hit its peak in tourism and still retains its sense of identity and pride. Are you ready to book your trip yet?

8 Reasons Why It’s Worth Traveling to Japan

8 Reasons Why It's Worth Traveling to Japan

13 Top Things to Do Around San Francisco