What To Do In Singapore: Enjoy 11 Suggestions 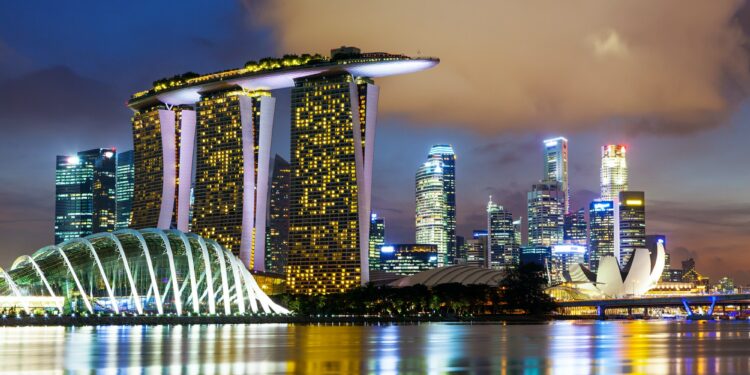 Singapore has much to offer its tourist population. It’s got everything for everyone; whether you are looking for something for the sophisticated and cosmopolitan, rustic and homegrown, it has it all within reach. So if you’re wondering what to do in Singapore, here’s my list:

Get a bird’s eye view of the city

A relaxing and low-key way to get a quick glimpse of the city is to get on the Singapore Flyer. With a total height of 541 feet, it’s even taller than the London Eye. You can also experience the Journey of Dreams, an interactive multi-media display about the Flyer’s history. The capsules you ride on can fit 28 people. Its transparent glass walls allow you a stunning 360 view of the city; you can even spot islands in Indonesia and Johor, Malaysia.

The Night Safari is the first of its kind globally, where nocturnal animals are on display in the most natural way possible. No cages, bars or boxes hinder their movement. Instead, they are kept in their respective area by moats, trees and other unobtrusive barriers. Lighting mimics moonlight, allowing visitors to see the animals but not disturb their habits. You can explore the Night Safari on foot by taking one of the several trails available. The tram safari is a guided tour around the 99 acre zoo representing the world’s geographical zones. The Night Safari also promotes the conservation and care of these animals, particularly those on the endangered list. If you like the wildlife this should be on the top things on your list of ‘what to do in Singapore’.

Mention Singapore and most tourists will think of “shopping”, and it’s true. Singapore is home to many shopping centres with stores, boutiques, and shops ranging from local names to international brands. Unique products, handicrafts, clothes, and the like can be found in places like Chinatown, Kampong Glam, and Little India, but check out Orchard Road for designer goods. Funan Digital Life mall is for you for those who want to shop for electronics.

For most travelers, the airport is nothing more than a mere blip on the radar. Singapore’s Changi Airport makes you want to spend an hour for most travellers there. It has been consistently named the “World’s Best Airport” because of its innovative designs, superior amenities and world-class service that improve over time. Millions of passengers go through its three terminals each day, and a fourth one is being renovated for better service. In addition, the Changi Airport has areas that are open to non-passengers, including shops and food outlets, garden spaces and beautiful art installations. Of course, flight delays will never be a good experience, but at least at the Changi Airport, it isn’t so boring.

Singapore has a rich cultural history that you can learn about by visiting its museums:

On a side note, most of the museums in Singapore are housed in fabulous buildings that are historical and works of art. Additional knowledge and history can be gleaned from other architectural beauties like the Raffles Hotel and the once Catholic convent compound along Victoria Street, CHIJMES.

Because of Singapore’s diverse roots, the country celebrates primarily cultural and religion-based festivals. If your trip coincides with a holiday, don’t be shy to join in. Among the more popular holidays in Singapore is the Chinese New Year, which is celebrated by the Chinese community and the whole country. Then there is the Hindu holiday of Thaipusam and the Muslim holidays of Hari Raya Puasa and Hari Raya Hajj. These various holidays give you a look into the individual cultures that form Singapore. It’s not just fun and celebration; it’s also educational and somehow spiritual.

When it comes to eating in Singapore, you will wish that you have a bottomless stomach. Begin by checking out hawker centres scattered all over the city, the most popular ones being at the Old Airport Road, Chinatown and Little India. There are also smaller hawker centres spread all over the city, perhaps even one at the corner of your hostel. Hawker stalls offer affordable and delicious meals, and the choices are endless. You can choose from traditional Chinese cuisine, flavorful Indian dishes and memorable Malay entrées.

Even along the streets, you will find something to munch on. Check out the dollar ice cream stands. Blocks of variously flavoured ice cream cut into thick slabs and placed in between two slices of bread. I’m pretty traditional and stuck to the flavours that sounded familiar, but the adventurous can try the durian flavoured ones. Definitely acquired taste, in my opinion.

This may seem like a rather silly suggestion, but it’s fun to do while sitting at a cafe or having some downtime. Because of Singapore’s diverse culture and steady economy, it has become the choice to move to Southeast Asia for many expatriates of other countries. Therefore, it is not unusual for you to hear the language of the locals and other languages of other people. For example, I heard English, Chinese, Tamil, German, Japanese, Filipino and Malay while I was at the train heading to Chinatown. While I didn’t understand what they were saying, it was fascinating to know that you are truly in a city of melding cultures.

The Botanic Garden is unique from all other similar gardens because it stays open all year round. It is the only botanical garden globally with a tropical rainforest inside it. It’s about six hectares, and is much older than the garden, which you can say was probably built around it. It is a lovely oasis of calm from the hustle and bustle of the city. One of the most exciting attractions is the National Orchid Garden, which has a collection of over 1,000 orchid species and 2,000 hybrids. The garden is enormous, and the variety of flora that thrives in should definitely be on your ‘what to do in Singapore’ list.

Singapore has several walking tour services that you can try out. These tours mostly take you to places off the map, and often places that the average tourist won’t even think of going to. The Original Singapore Tour is the most popular, and it explores different historical places each day. Another tour is the Changi Museum War Trails, where trained specialist guides walk you through Singapore’s history during World War II. While pre-registrations are not needed for the former, guests are encouraged to do so with the latter. Group tours and customised tours are also available.

An interesting note for travellers in Singapore for a layover of at least five hours. The Changi Airport offers a free, two-hour tour around the city. In addition, you can take the Heritage Tour which will allow you to see the best places, while the City Lights tour is for those who have a layover in the evenings. It’s a great introduction to the city and will give you an idea of where to go when you’ve got a longer stay in Singapore.

During my first Singapore trip, the people I went with were pretty limited to where they wanted to go (shopping mostly). However, I had other ideas, so I left them one day so I could explore them on my own. Armed with my map and list, I was ready… but I got lost. Was I scared? Yes, but it was also the best thing to happen to me. It allowed me to see spots that I would normally have missed if I followed tour guides and recommendations from fellow tourists. Getting lost also allowed me to somehow get to know the city from a local’s point of view. And when I needed to get back, all I had to do was ask for directions to the nearest train station.

So there you have it, if you’re questioning what to do in Singapore, allow me to say: Everything you can imagine!

Have A Look At This List Of 20 Free Things To Do In Madrid!