Guide on What and Where to Eat in Rome 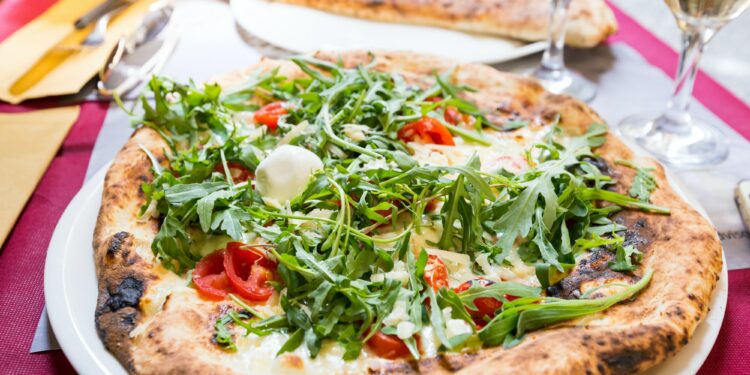 I’m sure you can go to Rome without knowing what to eat and still leave happy. But, having travelled there often for the past five years, I think I could offer you some advice on what food to eat in Rome.

Some of the foods you must eat in Rome

Carbonara is pasta made with guanciale, egg, pepper, and pecorino cheese. I don’t know about you, but I’ve looked for guanciale in every grocery store everywhere, and I’ve never been able to find it. So most people looked at me like I was insane, and they didn’t understand what I was saying.

Guanciale has cured meat made from the cheek of a pig. Most people settle for bacon or pancetta. But I like to keep things traditional!

Carbonara is one of the ultimate Roman comfort foods, in my opinion.

Most restaurants do an excellent job with this dish, so you can’t go wrong with ordering it. This is a must-eat in Rome.

Some other popular Roman pastas are cacio e Pepe (cheese and pepper), amatriciana (if you like some spice), and gricia (like carbonara, without the egg).

If you want a comfortable dining experience with food that will not disappoint, I recommend Trattoria Casa Mia in Trastevere Via Della Renella.

One pizza I like is pizza capricciosa. It has prosciutto, mushroom, artichoke, black olives, and my favourite part, half a hard-boiled egg. Don’t knock it till you try it, people.

One other note is that when you order a whole pizza, it is enjoyed by one person. That’s right; you get the entire pizza to yourself! Buon appetito!

Pizza by the slice is also significant in Rome. You’ll see plenty of these shops as you walk around the city. You go in, look at the pizza options available, point to what you like, they will ask you how much, and charge you by the weight.

Alice Pizza is a chain restaurant you’ll see throughout Rome. They have reasonable prices and never disappoint.

Another restaurant you should know is called Bonci Pizzarium, made famous by the great Anthony Bourdain. They use premium ingredients here. They also experiment with unique flavour combinations and aren’t afraid to be non-traditional. It has become quite popular with tourists. Unfortunately, I find it extremely overpriced for pizza by the slice, BUT, when in Rome, visit Bonci Pizzarium in Via Della Meloria.

While you’re getting your pizza by the slice, most places offer something called supplì. I cannot stress this enough: YOU NEED A SUPPLI. They changed my life.

Okay, enough of the dramatics, but it’s true! They are little balls of rice stuffed with cheese or ragu, breaded and deep-fried, and made to be eaten with your hands—the ultimate Roman street food.

I love supplì so much that I attempted to make my own at home. Of course, you can get these beautiful treats just about anywhere, but a restaurant loved by locals usually has a line around the block called Supplì Roma in Via di S. Francesco.

Gelato is an obvious one, right? Now, gelato in Rome can be mind-blowing or disappointing. So don’t fall victim to the tourist trap Gelateria right by the prominent monuments you want to see. They usually aren’t delicious.

Some of my favourite gelaterias are:

How do I know if the place is a tourist trap?

Now, the prices may change here and there, but I know better now. You can get the best gelato ever for €3. Carbonara should be around €8. Pizza Margherita is usually only €5. If you’re paying a lot more for these items, it’s probably very touristy.

Many restaurants nowadays are catering to more visitors, and therefore have menus in more than one language. But, I still look at the menu to see if it’s only in Italian. That’s a perfect and obvious way to know if a restaurant is more local than touristy. Look for places without English!

To me, this sounds a bit obvious, but you’re going to pay more at a place if you’re sitting right in front of the Colosseum or the Pantheon. Sometimes, I understand it’s worth it for the view, the moment, the experience, but I do have to say that these places are catered to tourists. So you’ll probably leave having paid an arm and a leg for a mediocre pasta dish and some wine.

But, again, I understand if the moment calls for it, and by all means, enjoy your holiday!

If you don’t need the front-row view of the landmark, I recommend wandering the streets a few blocks away, and most likely, you’ll find something yummy, cheaper, and more local.

The wait staff are a dead giveaway for me. I don’t know about you, but I hate when people try too hard.

My first time in Rome, I was so overwhelmed walking in the centre and having all of these waiters standing outside the restaurants, shouting at me, “beautiful lady, come inside free champagne!” That might not happen to everyone, but I hate it!

And in my experience, the best restaurants don’t need to pay someone to lure customers inside. I hate being harassed, and I recommend you avoid these places at all costs.

All of that being said, I revert to my original statement in saying that I don’t think it’s possible to leave Rome without enjoying at least some of your dining experiences. Romans love to eat. And they are very good at it. So try everything you want and everything you can.

What to Do in Dubai