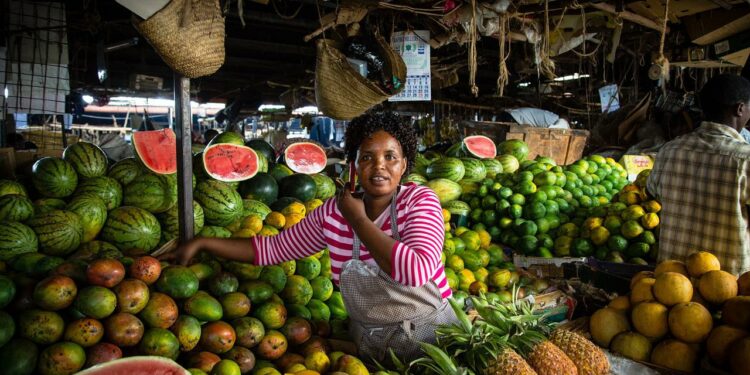 What are the traditional foods in Nairobi? This is the question you may be asking yourself as you plan your visit to Kenya. Although many restaurants serve all cuisines from Italian, French, Japanese to Chinese, knowing what your local host may serve you would be prudent. Most foods have a traditional background of what most communities took as their stable food. However, a few improvements are usually made to go with the changing times, and the bottom line is that most of the foods eaten here are traditional African foods.

Ugali (hard porridge) is Nairobi’s staple food. Unlike other foods, it is eaten by all communities in Nairobi and Kenya. Usually, in some communities, it is eaten almost daily. It may be eaten with beef, pork, fish and green vegetables like the sukuma wiki (kales).

How to prepare ugali

Boil water on a cooking pan. Add a small amount of white maize flour as you continually stir with a wooden spoon. Continue adding the flour as the stirring continues. Once the cake is hard, reduce the amount of heat and mould the cake into a ball. Cover it with a lid for three minutes. Serve when hot.

Ugali may also be prepared using flour from wheat, millet and sorghum.

Githeri is a traditional food of the Agikuyu people of Kenya. However, it is the most eaten food by Nairobians after Ugali. Most of the communities will cook their githeri differently; however, what makes the meal githeri is the presence of maize and beans.

How to prepare Githeri

Select the good quality maize and bean seeds and mix them in a ratio of 1:1. Wash them and boil them for about 4 hours until soft. Drain the excess water. Now heat a pan and add some oil. Add onions till golden brown. Then add tomatoes, salt and heat for 3 minutes. Now add the boiled maize and beans mixture. Cook for 4 minutes and serve hot.

Note that other ingredients may be added before adding the boiled maize and beans, like potatoes and some vegetables. Usually, the maize and beans may be soaked overnight to cut on the boiling time.

Mokimo, too, has its origins in the Agikuyu people. And it is one of the traditional foods in Nairobi loved by the locals.

Mokimo is prepared from githeri. Usually, potatoes are cooked until soft, and then the maize and beans mixture is added. The resulting mixture is mashed together to get Mokimo.

Matoke is a food whose origin is Uganda but is a delicacy locally. It is prepared from green bananas.

How to prepare Matoke

Peel the bananas, and once done, boil them. Once soft, add salt and serve. Alternatively, you can fry them and add potatoes or beef. Sometimes the bananas may be mashed for a cake just like ugali.

Omena is a delicacy among many Nairobians, especially the Luo, and eaten by other communities. It is usually eaten with ugali. It is a species of fish the size of fingerlings.

How to Prepare Omena

Sort the fish by removing dirt and other objects. Now boil water and remove it from the heat. Add the omena to hot water and stir for a minute. Drain the water away. Heat a pan and add oil. Add onions until brown. Add the fish and fry. After 3 minutes, add tomatoes and salt. Cook for one more minute, and add a few spoons of lemon juice.

The vegetable accompanying ugali in Nairobi is most likely to be sukuma wiki (kales). Sukuma wiki, when loosely translated, means ‘to push the week’. And Nairobians literary push weeks as they wait for their end of month pay.

How to prepare Sukuma Wiki (kales)

Clean the leaves using water and chop them into smaller pieces. Heat a cooking pan, add some oil and fry onions until brown. Add tomatoes and salt to your taste and heat for two minutes. Add the finely chopped Kales and stir. Cook for three minutes and add salt to taste; serve when hot.

The best foods in Nairobi will be a plate of Ugali served with beef and sukuma wiki.

This is food that has its origins in the Kamba Community. It is also one of those foods that you will find several people enjoying here.

Muthokoi is prepared just like githeri except that the maize coat is removed, and there are no beans but, in most cases, peas.

Other traditional foods in Nairobi

You will be surprised to learn that Nairobians also cook other foods eaten worldwide. These include:

I cannot give all the details of the traditional foods in Nairobi. The best thing to do is to come and find for yourself. And there are many delicious dishes you will come across here.

6 Places To Visit In Baltimore For Shopaholics 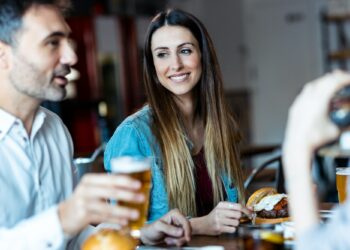 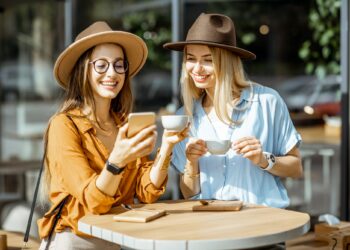 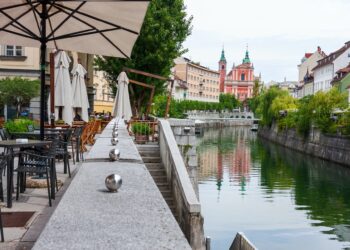 The variety of options for food and drink in Ljubljana is exquisite, and you'll definitely be impressed by the local... 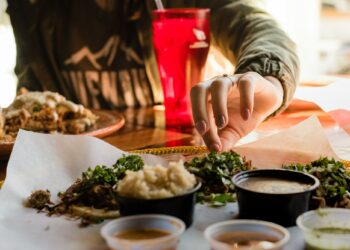 The newspaper critics have their favourites – but Phoenicians have their own ideas about which are the best restaurants in... 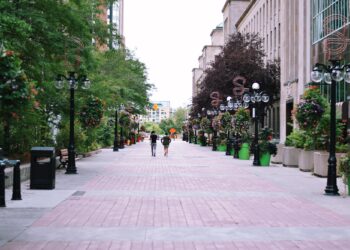 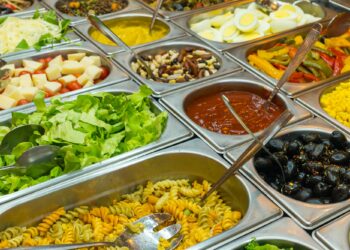 Houston, Texas, has some buffets that really make the grade. When deciding on this review series I stuck to restaurants...