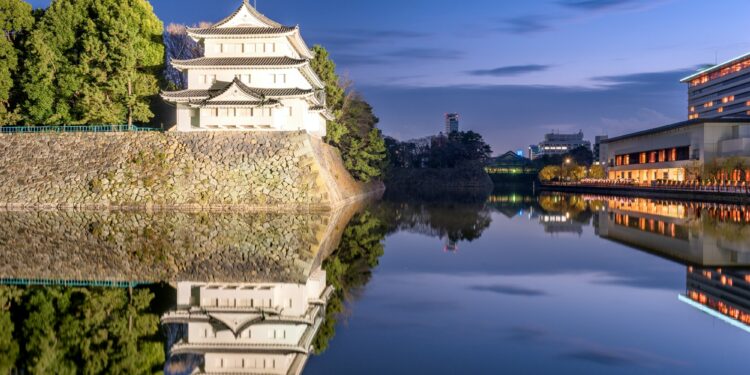 Unesco World Heritage status is usually a good sign that a tourism spot is pretty special. There are 17 separate sites in Japan, although two of them (Kyoto and Nara) are whole cities, each with numerous temples and shrines included. Here’s a list of unique destinations in Japan that are definitely worth a visit.

The modern city is interesting enough, with the imperial gardens and Nijo Castle. However, the main attractions are to be found in the green wooded hills that form a circle around the city and are home to dozens of ancient temples and shrines. One of the destinations in Japan not to be missed.

Another ancient town. It was the capital city of Japan before Kyoto was and long before Tokyo. Nara has a large wooded park with temples and deers. Very peaceful.

This Buddhist temple is the oldest building in Japan and one of the oldest wooden buildings in the world. The temple complex was established 1400 years ago.

Japan’s biggest and most beautiful mountain. You can climb it in summer, but the best views are seen in Winter and Spring when the mountain is covered in snow. From the city of Fuji, you will need to decide which area you want to view the mountain from. Lake Yamanaka area is one of the most beautiful places to see the mountain’s reflection.

This is a beautiful old village in the mountains, consisting of wooden houses and pristine farmland. Lovely in the summer and even more beautiful in the snowy winter. If you are a nature-lover this is one of the destinations in Japan to be on your list.

There are only a few original castles left standing in Japan. Of these castles, Himeji-Jo is the biggest and most impressive.

The A-bomb dome in Hiroshima

This ruined dome and the peace memorial are a poignant reminder of what nuclear bombs can do. Maybe not one of the top destinations in Japan if you get emotionally affected by war images.

This island has the famous Shinto shrine of ‘Itsukishima’, with its red gate positioned in the sea. Therefore, Miyamjima is a lovely natural place to stay for a night.

Several beautiful waterfalls, forests, and streams make up this heritage site and the ancient ‘Kuma No Kodo’ pilgrimage path. It is a wide site, and perhaps the best part to visit is ‘Nachi no Taki’, Japan’s highest waterfall.

Other remote places to visit in Japan

This natural island off the tip of Kyushu is a hiker’s paradise. The entire island is covered with ancient forests and is home to the 4000-year-old ‘Jomon Tree’ and many deer and monkeys. Getting there is not that difficult. Get to the city of Kagoshima (plane or train) and then take the boat across the following day.

On the remote northern tip of Hokkaido, there is this beautiful marine park and forest area. There are brown bears in the forests and whales in the sea. About as natural as you will find in Japan!

These are pristine islands in the Pacific Ocean, a thousand kilometres south of Tokyo. They are known as the ‘Galapagos of the East’ but to find out if the title is justified, you will have to take the entire two thousand km round trip by boat, as there are no airports!

This giant metropolis is the largest urban area globally and is one place you will surely visit at least once. It is one of the best destinations in Japan if you want to explore ultramodern skyscrapers and super-fast transportation (with trains reaching a speed of a minimum of 250km/h).

Mount Kita is the second-highest mountain in Japan. It is located in the Southern Range of the Japan Alps. It has incredible views of mt Fuji (pictured) from its summit.

If you don’t have the energy to climb Mount Fuji, Mount Norikura is a good option. There is a bus road to the top (Norikura Skyline). It is so high that you will see a sea of clouds below you and the peaks of the Japanese Alps. The top area is surprisingly flat, covered in grasses and alpine plants, and has numerous bird species. If you go in May, the summit is still covered in snow, and the road goes through snow tunnels. It is to the North of Nagoya, and it’s possible to make a day trip from Nagoya.

Okinawa is a popular tourist destination with lovely beaches and a different culture from the rest of Japan. Also, the birthplace of Mr Miyagi!

Japan’s northern island is more natural and less densely populated than the rest of the country. As a result, it has dry, sunny weather in the summer and lots of snow in the winter. In some parts, you can even see massive areas of sea ice!

Japan’s second-biggest city. It is massive and modern like Tokyo but has a slightly different flavour.

Ise Jingu is a large complex of Shinto shrines located inside an old forest. It is a perfect place to experience Japanese history, Japanese culture, and nature simultaneously. To get there, you will need to take the train to Mie Prefecture. It will take almost 2 hours to get there.

Exploring Macau In One Day: A Travel Guide

Places To Visit In Helsinki In 48 Hours: What Not To Miss!

Places To Visit In Helsinki In 48 Hours: What Not To Miss!

What to Do In Zurich: My List Of Favourites!