Nepal as Your Next Travel Destination 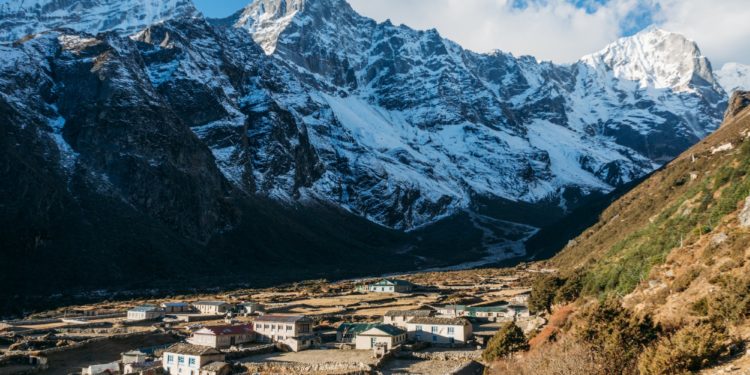 Nepal is a great place for explorers, backpackers and travel enthusiasts the world over. I know two of my good friends Vik and Manuel, who had Nepal on their ‘to-do’ list while travelling to India. Yet, there are a few people who miss visiting Nepal due to time constraints or other reasons. While further reading the post, you will know why you should grab the chance to be in Nepal for all the right reasons.

I am writing this travelogue in retrospect after almost two years and three months of time lag since my visit to Nepal. (Thank God for the timestamps in photos as they help one to trace back exact dates!) It seems even more glamorous now, having been there and being part of Nepal’s sound, people, and culture.

Nepal is a country landlocked between India and China. It has a lot to offer in different terrains like plains, terai, mountains, valleys, rivers and hills. It is divided into 14 elevation or administrative zones, nine developing areas, five major cities and 75 districts.

In Nepal, mostly Nepali and Awadhi are spoken locally; however, you will easily find Hindi or English people (BTW, young Nepalese love Indian Bollywood music). The primary occupation of people is agriculture; others work in industries or the service industry.

Travel Tip: Some places can be less known even to the locals; hence, please find out the right district in which a place is located in India and Nepal. This will ensure you reach the right place by road and ensures timely postal delivery if you want to send back photos to your newly found friends.

Nepal’s capital is Kathmandu valley or Bagmati valley. It is home to one of the most sacred Hindu religious and UNESCO world heritage sites, the Pashupatinath temple of Lord Shiva. The temple is pagoda or Dravidian style with its tiered tower structure. The priests there are called Bhattas, and they are generally from Karnataka. Nearby on the Bagmati river is Arya ghat (get lustral/purifying water of Pashupatinath temple here) and Bhasmeshwar ghat, the most used site for human burial in Nepal. Across the Bagmati River, there are 15 votive shrines called the Pandra Shivalaya.

Boudhanath Stupa is the largest spherical chorten of the world, UNSECO world heritage site and an important Buddhist place of worship. The Stupa in the form of the mandala is phenomenal and peaceful at any hour of the day. At first, you will not see any difference between Boudhanath Stupa and the second major Stupa, the Swayambhunath. If you only look at the pictures, you will not find the difference quickly; however, at Swayambhunath, the colour around Buddha’s eyes is golden, and at Boudhanath, it is blue. At night Boudhnath Stupa looks auspicious when many mud lamps are lit up. There are around 50 Tibetan Gompas or monasteries around Boudhanath, which you can visit.

Swayambhunath Stupa is the only second revered Stupa in Nepal and is also a UNESCO world heritage site. The Tibetan name of the site means sublime trees, and per the local Newari name for the complex, Singgu meaning ‘self sprung. On each side of the Stupa are Buddha eyes representing wisdom and compassion, signs of enlightenment. You can see monasteries, museums and libraries there too apart from enjoying the peacefulness.

In Nepal, there are three durbar squares. All are UNESCO world heritage sites, namely the Kathmandu Durbar Square or Hanuman Dhoka Durbar Square Bhaktapur (bhagaon, Taumadhi) and Patan palace squares with many temples. The Bhaktapur durbar square is famous for the Nyatapola temple (highest pagoda style temple in Nepal), 55 Windows Palace and master artwork of the Golden Gate.

Nepal is the birthplace of Mahatma Siddhartha Gautam Buddha (also called Tathagatha), the founder of Buddhism. The home of Gautam Buddha, Lumbini in the Rupandehi district, is being visited by thousands of pilgrimages and tourists.

Siddharthanagar is the administrative seat of Rupandehi District. It is known as the “Gateway of Lumbini”. Lumbini is 25 kilometres away to the west of Siddharthanagar. Janakpur in the Dhanusha district is the birthplace of Sita (Lord Ram’s wife) and where the famous Janakpuri temple is located.

Travel to Copenhagen on a Budget

Travel to Copenhagen on a Budget