What to Do in Taipei? 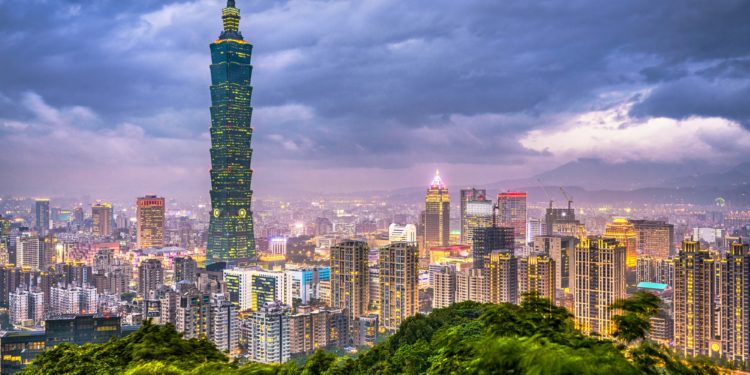 Taipei is full of significant areas to wander around, excellent photos spots and fantastic food to taste. Taipei makes me think of the ultra-modern American capital cities that we see in movies. But, at the same time, I find it a hundred per cent Asian by its fast pace, colours, and stinky tofu smells.

What to see in Taipei

I don’t like a museum; I find them boring. But when I read that that one was one of the top 10 most visited museums in the world, I thought I could give it a go.

To appreciate this museum, I would suggest starting from the top floor down to the first floor.

How do you get to the National Palace Museum? First, take the MRT towards Tamsui (red line) and get off at Shilin station. Then, catch bus 30 towards the museum.

Located inside the city (it’s more like a big hill rather than a massive mountain), the top of Elephant mountain gives a wow view of the city and the impressive Taipei 101. There are four animal names’ mountains surrounding the city (elephant, tiger, leopard and lion). They are called the Four Beasts Mountains, which offer hiking trails and incredible viewpoints of Taipei city.

Elephant Mountain is the most accessible of the four beasts. Reaching to the other ones require that you have your vehicle.

A map of the four beasts

Climb up to the Elephant’s peak:

Once you arrive at the trail entrance, lace your shoes off tightly and mentally prepare yourself to climb up and up and up for at least 20 minutes. Pretty steep, but when you finally get to the top, the scenery is worth it.

The view is exceptionally wonderful late afternoon when the sun is about to set and reflecting its light on the 101 tower. Then, when the day slowly fades to night, the atmosphere becomes fairy-like.

Without giving too many historical details, Sun Yat-sen was the first president of the Republic of China (aka Taiwan) at the beginning of the 20th century. Chiang Kai-shek was his successor and ruled over Taiwan for thirty years.

To go to Sun Yat-sen Memorial Hall, take the MRT towards Nangang (blue line) and get off at Sun Yat-sen station. Chiang Kai-shek MRT station is situated on the red line (Tamsui/Xinyi)

In south Taipei, cable cars take you to a small village famous for its tea culture. You will be invited to drink tea in the traditional Chinese way.

By the way, the world most expensive tea comes from Taiwan.

Maokong Gondola can be reached by getting off at Taipei Zoo MRT station (brown line towards Wenshan).

Although less known than Japanese onsens, Taiwan offers easily accessible hot springs. The first one that comes to mind is Beitou, a small district in north Taipei. Sulphur’s smell follows you in Beitou and smokes sporadically comes up from the ground.

In Beitou, I prefer having a stroll early morning when the crowd is lesser, the air fresher and kind of old people dance and exercise in parks.

In contrast, I find the Tamsui district nicer when the sun sets on the sea in the afternoons. I like Tamsui for the various food stalls in front of the small harbour and the streets. The takoyaki-style octopus is worth a bite or two!

The MRT will take you to both Beitou and Tamsui by the red line towards Tamsui. Get off at Xinbeitou for the hot springs or Tamsui for the octopus.

When life in Taipei gets in fast mode or become too stressful, Daan Park is lovely to rest a while.

Right inside the city, Daan Park is accessible on foot or by MRT by getting off at Daan Park station (red line).

The most famous and perhaps the biggest night market in Taipei. Hundreds of vendors selling not only food but also clothes and cheap souvenirs. Among all of the stalls, I recommend trying:

At Shilin Night Market, you can also play funfair-like games such as prawns catching. If you see one with the fish rod, you can ask the vendor to throw them on the barbie!

When walking around the aisles, make sure to stop by the food court at the underground level. The entry is somehow hidden, and you can easily miss it because of the perpetual crowd motion.

After testing a few night markets, I find Shilin food quality is not the best yet more expensive than other markets.

To go to Shilin Night Market, take the MRT and get off at Jiantan station (blue line) instead of Shilin; otherwise, you will be at the end of the market, and you will have to head back against the stream.

Smaller than Shilin, the main interest of Longshan market, besides local specialties, holds at one corner where you can order snake based dishes.

To get to Longshan Night Market and try out some snakes, get off at Longshan Temple station (blue line).

Located just one block away from Taiwan University, the Gongguan market is somehow the student’s night market. Food prices are globally cheaper compare to Shilin, and the crowd seems even more significant.

To get to Gongguan, take the MRT towards Xindian (green line) and get off at Gongguan. Night markets are usually open from 5 pm but from my experience, the best hours to enjoy them are between 7 pm and 9 pm.

There are plenty of other activities, places to discover and food to taste in Taipei; this post is a glimpse of my Taipei.

If you get the chance to visit Tapei, I encourage you to explore everywhere your feet the MRT gets you and let the city flavours, colours, noise, and life marvel you.

8 Reasons to Dive in Palau