Top 10 Attractions to Explore in London 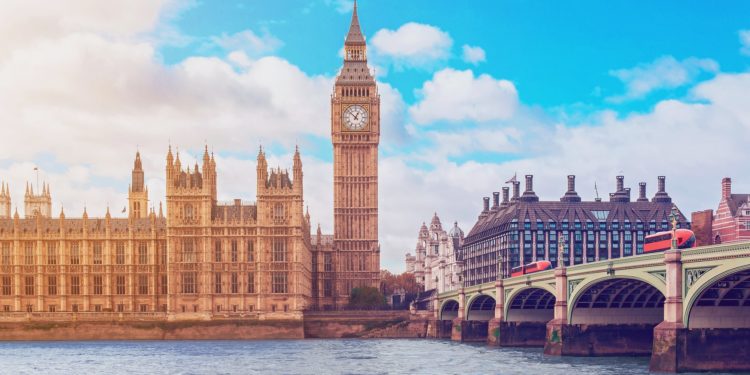 If you have been eyeing to visit London, this is your sign. Check out these top ten tourist spots to visit in London.

If a tourist comes to London and goes back without riding London Eye, he can hardly carry London memories with him. Having 30 minutes flight on one of the wheel’s 32 glass-enclosed eye pods, you can view 25 miles in all directions, and it gives a beautiful experience. This miracle wheel with 135-metre height is located at the southwestern end of Jubilee Gardens.

It was built in 2000, and since then, it has been attracting almost 3.5 million visitors annually. It has altered the South Bank skyline, but it is tall enough and can be viewed from many remote parts of the city. Each pod of the wheel holds 28 people, and thus sitting with many people full of excitement makes the riding experience very memorable.

There is typically a great rush of people here, especially on ticket house; however, such peak density can be avoided if you visit London Eye before 11 am or after 3 pm. Tickets can be purchased online, and this option is better to prevent hustle here.

Gazing grandly over Trafalgar Square through its Corinthian columns, the National Gallery has preserved art for many years. This is the reason why it attracts millions of visitors annually who greatly admire its 2300-plus Western European paintings that have been collected here from history. I have noticed that paintings belong to 1250 to 1900.

Among such grand paintings are Turner’s The Fighting Temeraire, regarded as Britain’s most excellent painting, Botticelli’s Venus and Mars and van Gogh’s Sunflowers. The primitive holy paintings in the Sainsbury Wing are most remarkable; however, the work by Monets, Cézannes and Renoirs is also much inspiring.

Tower Bridge was built in 1994 when London was just a port, and it was specially designed to let ships cross it. From the north tower to the Tower Bridge Exhibition, a lift leads through. Then, using the same ticket, tourists can access the engine room below the southern tower.

Towards the city side, Dead Man’s Hole can be viewed under the bridge. Historians described that this hole was used as an emergency room to treat corpses that would get injured while coming through the Thames.

Hampton Court Palace is England’s most prominent and impressive Tudor structure, and it was built by Cardinal Thomas Wolsey in 1514. Though Hampton Court Palace was already considered one of the most incredible places to visit in whole Europe, its extension in the form of Wren in the 17th century made this place second to none.

You need a full day to explore the palace and its 60 acres of riverside gardens, mainly if you get absorbed in the 300-year-old maze. Here you can take either a guided tour that will take almost a day or quickly visit highlights. Among such highlights are Henry VIII’s State Apartments with the Great Hall and hammer-beamed roof, Tudor Kitchens and the Wolsey Rooms.

How to reach here:

It is located 13 miles southwest of central London and can be accessed easily by train from Waterloo station. Otherwise, the riverboats that start from Westminster to Kew reaches here.

5. The Houses of Parliament

Moreover, in 1265 a parliament was established with two houses: the Lords and the Commons. However, though the House of Lords had their sessions at the Palace of Westminster, the House of Commons did not have any permanent location.

The House of Lords continued to hold its sessions in Westminster after King Henry VIII shifted his court to Whitehall Palace in 1530. However, in 1547 the House of Commons was also moved here, and Westminster was confirmed as the central seat of government, a position that it still holds.

Christopher Wren’s masterwork has squatted impressively in the City of London for the last 300 years. It famously resisted the bombardment of the Blitz (the sustained bombing on Great Britain by Germany during the Second World War) and has become something of a monument to the willpower and resilience of London and Londoners in general.

Visit the cathedral to appreciate its architectural magnificence, its tomb comprising Nelson and Wellington’s tombs, and the great work at the famous Whispering Gallery.

A few rivers in the world have enhanced the beauty of a metropolitan in such a way as The Thames has done in London. Having a boat trip in this river is such a wonderful experience that tourists should not miss at all. Eating a four-course meal with the live songs from top West End musicians while boating in front of the House of Parliament, St. Paul’s Cathedral, and Tower Bridge make the moments unforgettable.

Visiting the O2, one can quickly get convinced that human intelligence, which is used positively, can do the utmost for the welfare of humanity. The O2 is the original Millennium Dome blamed to be a white elephant has been turned into the most successful entertainment complex in the world. It has 23,000 seats where megastars like Prince, Kylie Minogue and Lady Gaga entertain Londoners and tourists equally. Moreover, this mega entertainment complex includes a 3-storey nightclub, big cinema with eleven screens and many restaurants that offer delicious meals.

Trafalgar Square is located at the heart of London. It is one of the city’s most exciting places used as a platform to celebrate all sorts of significant events, including New Year celebrations, rallies and congregations for anything ranging from open-air cinema to political protests.

It is enjoyed equally by Londoners and all other tourists. The special events that have been massively enjoyed here by the public are Royal Wedding, Olympics One Year to Go, St. Patrick’s Day and Chinese Happy New Year. Apart from these, tourists can enjoy here the new artistic performances that various artists hold.

The square comprises a large central area with roadways on three sides and a beautiful terrace towards the north, just in front of the National Gallery. There are roads around the square, and a one-way traffic system first surrounded it. However, later on, the northern side was closed to traffic because the width of roads got reduced.

Fountains have bordered nelson’s Column in the centre, and they present a charming scene when they are lit at night. Sir Edwin Lutyens, during1937-39, primarily designed it after the demolition of two fountains. The incredible thing here is four monumental bronze lions that were sculpted by Sir Edwin Landseer.

At the top, you can see the statue of Horatio Nelson, who was a vice admiral and commanded the British Fleet at Trafalgar at the top.

When the tourists reach here, they can access many other places that are worth visiting. These buildings include The National Portrait Gallery, the National Gallery, the church of St Martin-in-the-Field and Pall Mall. Moreover, towards the west is Canada House, built in 1827 and was designed by Robert Smirk. In addition, tourists can also get a slight view of Big Ben at the Houses of Parliament, looking towards southwest down white.

Best Places to See On Your Paris Trip

My Culinary Adventures in Vibrant Manila

My Culinary Adventures in Vibrant Manila