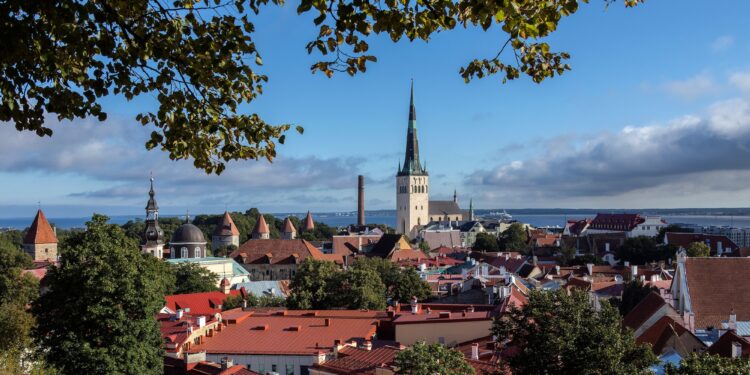 If you’ve ever wondered what you can see and do in a city in a mere seven hours, I have the answer, and it is plenty! So early the following day I woke up bright and early – we had a date with Tallinn.

I made my way down to Senate Square to catch up with N. I had planned to visit her in Kiljava the previous day where she was teaching, but I had gotten confused over bus times and not make it to the lake in the end. It all worked out, though, because my freed-up Saturday meant I got to visit the breathtaking Suomenlinna island.

Hop on the ferry to Tallinn

So now we were finally together, and we hurried off searching for our Viking Line ferry to Tallinn. But not on an empty stomach! It was a beautiful day, and I had to stop at a stall in Market Square for breakfast. Hands down the best crêpe I’ve ever had. I’ll pay these guys another visit if I’m ever in Helsinki again. I got my usual – banana, Nutella and whipped cream. We spent the next couple of hours sipping lattes, keeping the wind out of our faces, and catching up while Helsinki disappeared from view.

Around two hours later, we were in Tallinn! We wandered around with no clue where we were going; we were dipping in and out of Baltic Amber shops and marvelling at the medieval architecture, perfectly preserved, with the impression that we were stepping back in time.

Like Suomenlinna, Tallinn’s Old Town is a UNESCO World Heritage Site. With nearly 2km of the centuries-old wall still standing strong, the Old Wall is one of Europe’s best-preserved medieval fortifications. It is also, in large part, what gives Tallinn its fairytale-like charm.

The flower market is full of tie-dye roses and other floral wonders. We quickly found Tallinn’s most beautiful – and painfully romantic – city. The Old Town is just bursting with Gothic spires, cast-iron lanterns, quaint wooden houses and winding cobbled streets leading to petite squares beset with cafes and eateries. I’d compare it to Prague, another real-life fairytale city.

We found ourselves in Raekoja Plats – Town Hall Square. The market was buzzing, a concert was in full swing, and romance was so ubiquitous it was killing me. We stopped for a beer at the Hotel St Petersburg, sitting outside to make the most of this beautiful evening. We each ordered Saku, a lovely Estonian brew. Crisp and rich, it quickly became my new favourite beer. At 3,5 euros a pop, it is a must!

My friend had just found out she had secured her dream job, and it would be waiting for her when she returned to England. I, too, had recently landed a job that I was really excited about. So we toasted our new lives as working women and chatted eagerly about the year ahead. By then, it was getting a little chilly. Luckily, the hotel provides every customer with the softest, dreamiest faux fur blankets. Before long, we were left with little doubt that the Saku had gone straight to my head.. so we agreed it was time to crack on and find somewhere to have dinner!

We were drastically indecisive over what we fancied for dinner. Still, after a quick gander on TripAdvisor, we knew where we’d be eating. So, doubling back the way we came, across from where we’d drank our Saku, we found the gorgeous Rataskaevu 16. This place was unique and, for a good reason, it’s extremely popular with visitors and locals alike.

We were blown away by their delicious homemade pumpkin seed bread, which they bake in the restaurant every day, onto which we slathered butter seasoned with Baltic sea salt and chilli flakes. We also nibbled on hors-d’oeuvres, compliments of the chef. I managed to fill myself up on that bread; it was so good, so I just ordered a starter. Fried Baltic herring fillets with pearl onions, fresh salad, roasted breadcrumbs, and a drizzling of cottage cheese sauce. Inspired, I couldn’t help myself and ordered a second starter. Lightly fried chicken liver served in wine sauce, all on a bed of fresh salad and roasted apples.

Seeking a view of the city

Completely satisfied, we hurried back into the town, searching for somewhere we could get a view of the whole city. It was still bright outside, and we’d seen signs of a viewing platform, so we figured we’d be able to find it in time to watch the sunset.

On the way, we stumbled upon the spectacular St. Alexander Nevsky Cathedral. Built in the 20th century, the onion-domed architectural masterpiece once symbolised Russian imperial dominance. Today it is still the main Russian Orthodox cathedral in Estonia.

We followed signs to Toompea and ended up at the Kiek in de Kök, a museum dedicated to Tallinn’s fortifications, weapons and medieval life. The hike up the hideously narrow stone steps inside the tower to get to the balcony is a hundred per cent not for the faint-hearted – you help yourself with this giant medieval chain attached to the walls. If you are feeling adventurous, do as I did and clutch that chain for dear life.

We raced around the entire museum and the charming top-floor cafe, searching for the view splashed across all the postcards. But, we decided we’d have to keep searching. Finally, at the Kohtuotsa viewing platform, we found what we’d been looking for. We stood, spellbound. We doubled back again and followed signs pointing a little further north. It wasn’t long before we found the Patkuli viewing platform. The perfect ending to our day in Tallinn; we could’ve stayed up there forever.

We headed back down as the sun set. After experimenting with Tallinn coffee, we strolled back through the Old Town to spend the night on board our ferry.

We woke up the following day in Helsinki, perfectly content. We snapped up brunch in Market Square before I had to head to the airport. These are vendace, or muikku in Finnish – delightfully salty, crunchy fried fish. I had been craving them since the previous day. Thankfully, they’re everywhere and a must for lovers of seafood! We left Helsinki later that day with heavy hearts.

I’ve said it before, and I’ll repeat it – I greatly underestimated this corner of the world and I’m so grateful that I took advantage of having somebody to visit over there. 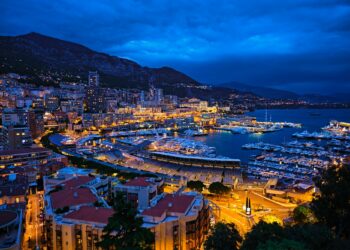 It's no secret that I love Europe, but I didn't particularly like the first ten days I was in France....