Malta: My Memories From A Heaven In The Mediterranean 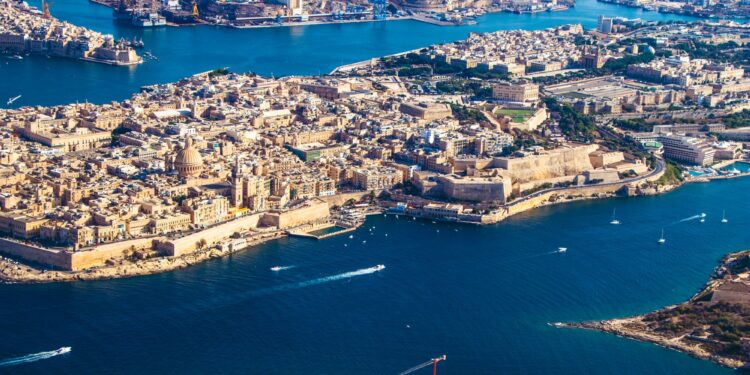 On our way home, I told my friend that Malta is like heaven, and I would definitely love to return. I was sleeping on the plane, still dreaming about the sea and the beach in Malta, probably because I just didn’t want to leave. The time in Malta is such a pleasant memory, and I guess (and hope) it will never go away.

From Malta International Airport (MLA), you’ll quickly find a bus outside the airport to get to Valletta. Valletta is the capital of Malta (to make it easy for you to get around) also the bus transfer centre. You can start your sightseeing by bus, as most of the buses go deep into the city streets and you can give it a try to feel the difference. Our hostel was in St. Julian, a prosperous city in Malta that I would call a town, not a city. I joked with a friend that when I checked the map of Malta, I realised that the airport took too much land from the country.

Our flight arrived at MLA at 7 in the evening, so we ended up doing nothing special that night: only had dinner out. Food is cheap here; the regular price of pizza or pasta is 7 to 9€.

We went out very early the following day, took a bus to Valletta and then switched to another one to Blue Grotto – our first destination of the day.

Because of the way that light is reflected, many areas of caves appear blue. Many have white sands or stone inside so you can see the bottom, even in those areas that are about 4 to 6 meters deep. There, you can spend 7€ to buy one ticket for the small boat, which allows you to get very close to all the caves and water. But make sure to find a sunny and not windy day to go there, and the 7€ will be worth it!

From Blue Grotto, you can walk to Hagar Qim and Mnajdra Temples. As local people told us there was not much to see inside, we didn’t buy the 9€ ticket to go inside and decided to walk around instead. You’ll see the beautiful nature here, but you are in the middle of nowhere as well, and you’ll probably need to spend 20€ to take a taxi to go to Mdina then.

Mdina is an old city, and I felt like I was back in the middle ages while walking in those buildings! From there you can overlook the whole country. You will find a cafe called “Fontanella” famous for its chocolate cake and its roof which is the highest spot. Definitely worth trying!

The third day of our trip was coincidently National Day of Malta. We were expecting something special, but unfortunately no, only closed stores! So we decided to have a lazy day instead, walking around the sea near our hostel and sitting on the beach and enjoying the sun. The sea, the sun and the beach are the most beautiful things in Malta, just lie somewhere on the beach, get a tan and listen to the waves going back and forth. That is paradise!

The next day’s trip was still about the sun, the sea and the beach. We met two English guys in our hostel, and they planned to rent a car to go to another island – Gozo – so we ended up travelling together.

There is the Gozo Ferry to Gozo Island, and you only need to buy a ticket when you are back from Gozo Island, so the tickets are for the round trip. The ticket price is about 4 € for one person, 10 € for one car. Gozo Island is not so big, so the bus is not the most convenient option, so the most helpful suggestion is to rent a car there, about 42 € on Gozo Island for one day. We drove to Azure Window: spectacular view back then but I’ve read nowadays it collapsed.

Then we went to Xlendi Bay which I found really striking because of the rocks there. There was almost no tourist in Xlendi Bay, but I loved it.

The next destination was what we all had been expecting – Blue Lagoon. So we drove to Mgarr Harbour on Gozo Island, parked the car here, took a small boat to Comino Island, where the Blue Lagoon is located. The price is 10 € each for a round trip, and you will have one hour to enjoy the scenery there.

If there was one place in the world that could be seen as heaven, that would be the Blue Lagoon. It is a place with no flaws, just blue water. It can’t be described by language because language is too limited. So go and feel it for yourself; this is a real paradise! Remember you can also swim there.

A few personal comments about Malta

Finally, I want to mention three things I have noticed in Malta. One is its local food – rabbit meat, the other is religion, and the last is about clubs and partying. For the people keen on trying local food while travelling, rabbit meat is the most local one, and you can find it almost everywhere.

When I was walking on the streets of Malta, I thought that it was a religious country. Malta is such a small country, but with so many churches. Even on Gozo Island: I barely saw people there, but still, there were some churches there. But this is not the only reason. So many people had a holy statue, like Jesus Christ or Saint Mary, in front of their doors! As I was about to leave the country on a Sunday morning, I saw so many people walking into church that I started to believe that Malta is a very religious country.

My last comment is for those who like to go to clubs and party when you are travelling. Alcohol is quite cheap in Malta. Bars and clubs are concentrated in one street near St. Julian hostel, and you can walk there if you live in St. Julian. You can buy 12 shots for 10 €. Go for it!

Planning For Solo Travel Isn’t As Bad As You Think

The 8 Finest 5-Star Hotels in Beijing

The 8 Finest 5-Star Hotels in Beijing

The Island Of Eleuthera | Bahamas On A Budget