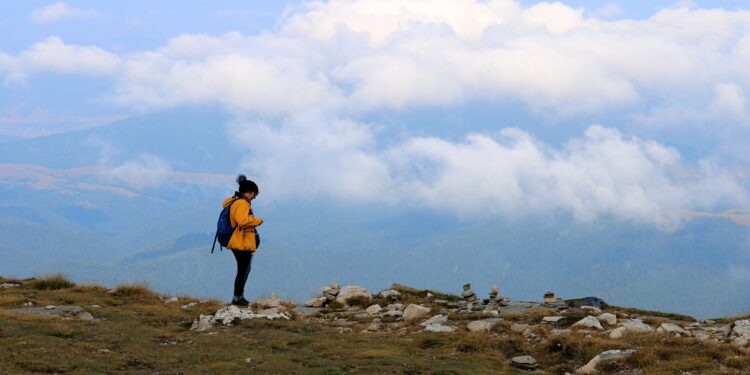 Bulgaria is a place filled with incredible diversity and beauty, much of it largely undiscovered. However, the country has a relatively low number of international tourists compared to its European neighbours, primarily due to the lack of global awareness of the fantastic sights and treasures that it hides within its borders.

Found in the north-central region of Bulgaria, amidst the tranquil, majestic heart of the Mountains, is the beautiful City of Veliko Tarnovo. The city is rich in both beauty and history, and its culture is rooted in the country’s long traditions and is the site of many historical battles.

The spectacular Tsarevets castle is illuminated by night

The beautiful city of Veliko Tarnovo is divided into two parts; old and new.

The old city was the original capital of the whole of Bulgaria, and the capital’s castle stands at the peak of a hill for tourists and locals to admire. The magnificent structure is named ‘Tsarevets’ and keeps watch over the whole of Veliko Tarnovo from its namesake hilltop.

The surrounding old city has beautiful architecture from the Renaissance period and blends wonderfully with the trees, mountains and Yantra River that runs through the town. Those who enjoy art and history will get the most out of the old part of the city, with fantastic museums found readily here.

The new half of town has a more modern feel to the sights and structures; the university attracts thousands of students to the city and has given Veliko Tarnovo a rare balance of history and nightlife! Respect and a friendly demeanour with the locals will be happily reciprocated, and your city stay is guaranteed to be a pleasant one.

From A to B

Unless you have a smaller private plane, it’s impossible to reach the mountain city directly, through passenger air traffic. The best bet is to fly to Sofia, Bulgaria’s stunning capital city, or the coastal town of Varna. After spending a little time exploring either destination, you can then reach Veliko Tarnovo by rail or coach.

If you’re driving in your car or looking to hire one, one of Bulgaria’s main roads goes directly through the city. Although hiring or moving may seem a more expensive alternative, the freedom and flexibility to visit amazing sights nearby are always worth it.

Once you have arrived at the city itself, the best way to tackle Veliko Tarnovo is by foot. Most of the attractions and sights are within a short walk, some are slightly longer, but the scenic routes are advantageous if you have the time.

Buses are regular, but the best way to get from one side of the city to another is by taxi. The transport in Bulgaria is very cheap compared to other countries; a cab across the span of Veliko Tarnovo shouldn’t cost more than 5 or 6 Leva, which is only around £3!

You couldn’t ask for a marvellous place to sit and sip a glass of wine.

Veliko Tarnovo is a city filled with Bulgarian traditions; its origins are from the Second Bulgarian Empire, of which it was the thriving capital. There are plenty of places to enjoy national and foreign foods; there is no lack of everyday meals and restaurants, but visitors should sample the local specialities.

The country’s traditional Shopska Salad is a great light bite, especially in the warm Bulgarian weather. Shopska is traditionally made using tomatoes, cucumber, peppers, onions and a type of feta cheese. Almost all the menus in Veliko Tarnovo will have this delicious dish and never charge very much for it either! Those looking for fine dining are not forgotten either. There are plenty of posh places to go with lovely mountains and some looking down over the Yantra River.

If you need to wet your whistle, then the city won’t leave you wanting. Beer fans rejoice: alcohol in Bulgaria is very cheap compared to Western Europe and the country’s most popular beer – Zagorka; there are also some great locally brewed brands.

Visitors can enjoy Buljarka beer, brewed just outside of the centre, as well as a range of locally made wines. Fans of stronger substances will like the traditional ‘Sliwovitz’ or ‘Rakija’. Slivovitz is a strong plum brandy, ranging between 40-60% volume, and Rakija is a strong aniseed-flavoured liqueur. Neither drink is for the faint-hearted but is a tasty treat for those with hairs on their chests!

Under Four Stars or Billions

After a great day enjoying the city, Veliko Tarnovo has a fantastic range of places for you to rest, from budget accommodation for students or backpackers to 4-star hotels with mind-blowing balcony views. The mid to high range of hotels are equipped with swimming pools, saunas, and garden bars for beers and cocktails to enjoy warm summer evenings.

All the staff speak English, and their native tongue and are more than happy to help make your stay extremely enjoyable. The cheaper lodgings are often far better than you might expect from their budget price range; the city is home to plenty of excellent quality rooms that won’t break the bank.

Visitors with a more adventurous inclination may even want to sleep under the night sky; the mountains are home to great campsites, on or off the beaten track.

Whether you can pronounce the name or not, the wonderful city of Veliko Tarnovo is bound to leave you speechless. Brimming with nightlife, history and art, and surrounded by stunning natural landscapes, both halves of the city are an adventure in their own right.

Learn a bit of the language, sample the local menu specialities, and enjoy the excellent holiday climate in the heart of the country. Veliko Tarnovo is the city you will never forget and the perfect place to make your next holiday memories together.

6 Things to Do in Åland, Finland

6 Things to Do in Åland, Finland

Top 10 Sites to Visit With a Heritage Malta Pass