Central America: A Cruise In the Caribbean 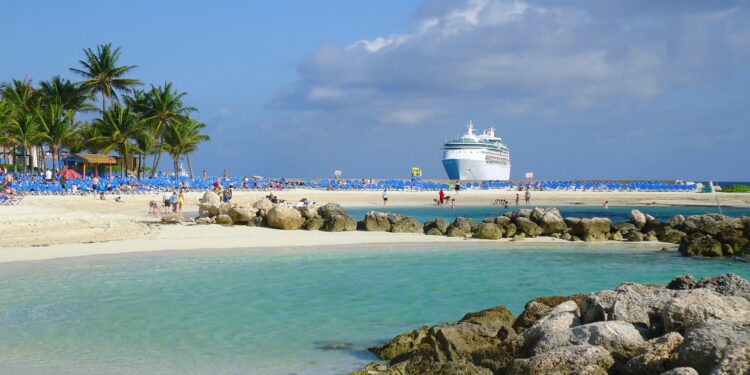 When I realised that I would be in the United States for Spring Break during my semester abroad, I was excited, to say the least. These excitement levels sky-rocketed when I found out that the first day of Spring Break would actually be my birthday! It would be my second birthday in a row spent overseas. So, naturally, I wanted to make the best use of the week – well, within a tight college student budget, of course. Most of my friends decided to have the cliché Spring Break experience at Panama City Beach. Still, I was more interested in taking advantage of the time off to explore new places than getting drunk on a beach.

This led to me and a couple of friends opting to go on a week-long cruise of the Caribbean with Royal Caribbean. I have always wanted to go to Mexico, so the cruise to Honduras, Belize and Mexico seemed perfect. And it turned out to be a great decision. Unfortunately, we came within minutes of completely missing the cruise and were the last people to board. Still, I will save that funny/super-stressful-at-the-time story for another day. For now, here is my review of the 7-Night West Caribbean Cruise itself.

Vision of the Seas in Honduras

Our cruise ship was Vision of the Seas. Royal Caribbean has an imposing fleet, but this ship was one of its older ones without the flashy amenities of some of the newer ones. But, of course, we knew this before booking. I have previously been on a cruise in Australia with P&O on Pacific Dawn. I found Vision of the Seas to be comparable, as both ships are quite dated but still lovely. I particularly liked the solarium (indoor pool area) on this one.

We stayed in an interior room with three single beds. It was a pretty tight fit, but it was adequate. You can see in the photo that we had to be strategic with suitcase placement… We did not book it until a few weeks before the departure date, so we could only get a room on Deck 2. Being so low on the ship meant that we felt minimal movement. It also did not bother us that we did not have a window, as we spent minimal time in the room anyway.

The service from the staff lived up to the high standard set by cruise lines. We particularly loved our waiter at Aquarius, who served us every night and made our dinner so fun. The food at Aquarius was delicious. As to be expected, it was much nicer than the food at the buffet, the Windbreaker. The entertainment on board was decent. There was a particularly hilarious couples show.

Firstly, at the outset, I want to say that we decided to book all our shore excursions through the ship. I am well aware that this is the costliest option, but we chose it out of convenience. We did not have a lot of time to research the ports before the cruise, nor were we familiar with the countries we were going to. There did not seem to be much to see or do in the direct area around any of the three ports, other than looking at touristy shops. So I would strongly recommend doing excursions/tours at each one, whether you book them through the ship or elsewhere.

We were meant to stop in four ports during the cruise: Roatan in Honduras, Belize City in Belize, Costa Maya in Mexico and Cozumel in Mexico. Unfortunately, rough seas prevented us from the dock in Costa Maya, so we had an extra sea day. We were disappointed, mainly because we booked this specific cruise due to its two stops in Mexico! However, that is the gamble taken with going on a cruise.

We chose the zip-lining shore excursion for this port and loved it. They cost around $80 each. None of us had been zip-lining before, so it was a great new experience. The staff were very professional and humorous, making it all enjoyable. We were zip-lining for an ideal about of time. I definitely think that this tour was a good value. In the end, we still had a bit of time to explore Roatán. Honduras has the highest murder rate globally, but we did not feel unsafe staying around the port. That said, there did not seem to be that much to see or do in the area. We just walked around for a while and enjoyed a drink in the market by the water.

Swimming with stingrays and sharks in Belize

Our day in Belize was probably my favourite day of the whole cruise. I adore sharks, so I jumped at the chance to swim with them (well, small reef sharks) and stingrays in the Belize Barrier Reef, the second-largest reef in the world. This shore excursion costs around $120 each. We took a boat from Belize City out to the reef, a beautiful ride between islands. However, once we were in the water, I realised that we were not swimming directly on the reef but adjacent to it. This disappointed me a bit, as I love swimming over coral. However, any sense of disappointment vanished when I saw there were stingrays everywhere and quite a few sharks too. The frustrating thing was that the water was very rough, which made it hard to swim around. However, the staff were fantastic in pointing out different marine life around us. And let me just say that stingrays have no qualms about getting up close and personal!

Afterwards, the tour took us to the island of Caye Caulker, which was absolutely gorgeous. It was a quintessential tropical island paradise. I adored it. After spending an hour and a half exploring it, we hopped back on the boat and made our way back to Belize City. The boat had motor problems along the way, which took a lot longer than it should have. I was sitting in the sun on the boat and had stupidly only applied sunscreen once earlier in the day, so I got the worst sunburn of my life – my nose is still discoloured from it over four months later! On the boat ride, the staff showed us barracuda, birds and private islands. We had a bit of time to look around the port in Belize City before taking the tender boat back to the ship.

As soon as I knew we were going to Cozumel, I was set on going to Chichen Itza. I studied Mayan culture in school and wanted to see some for myself. This shore excursion was quite costly at around $120 each, but the trip to Chichen Itza is about three hours each way from Cozumel. From Cozumel, the tour group caught a ferry to Playa del Carmen on the mainland of Mexico. Playa del Carmen looks beautiful, and I would love to go back to see it properly one day. Straight away, we were ushered on a bus and drove to Chichen Itza. Having never been to Mexico before, I found the drive enjoyable. Unfortunately, the time spent at Chichen Itza is limited to about an hour due to the travel time. However, I was well aware of this before booking and was just excited to get a small taste of this great site. I am so glad I did. It was exciting. Once we were back at Cozumel, we had a brief time to check out some of the shops and rush to board the ship.

I consider a cruise such a relaxing and economical way to see new places. I would love to do another cruise on one of Royal Caribbean’s newer ships.

Costa Rica and the Pacific Coast