A Weekend In Sicily On My Own 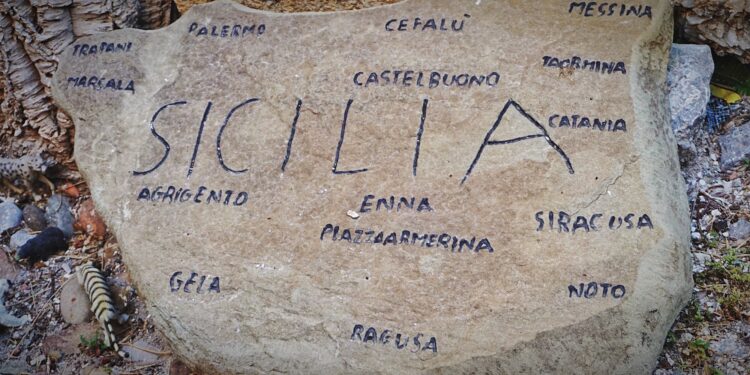 For this past weekend’s adventure, I was in Sicily!! Before I left for Italy a couple of months ago, I had no plans to visit Sicily. I didn’t know anyone there, there wasn’t anything I mainly wanted to see, and several other places were higher on my must-see list. However, after a slideshow from my host family of their Sicilian vacation 2 years ago and the discovery of a cheap flight which left from the town I’m living in (thanks, Ryanair!), I was sold. It was a short weekend trip and something a bit adventurous, even for me, but I still had a good time even though it ended up being almost nothing like my expectations.

Travelling alone is nothing new for me. But within my country. In fact, I usually enjoy it since I get to do whatever I want. Again, in my country, not abroad. But, believe it or not, I had never spent the night entirely on my own in another country. Not only was I in a foreign city alone, unable to speak the native language (well) but I didn’t know anybody within 600 miles. So I was outside my comfort zone by far.

Being female and alone in a new city, I was concerned about safety. Before I left, my host family often warned me to pay attention to my bag/phone/wallet (especially since they knew I’d already had my phone stolen once in Italy). So instead of staying in a hostel, I booked a lovely Airbnb apartment. I made sure the place had many good reviews, and I booked the room for 2 people saying my (non-existent) boyfriend was coming with me.

The location worked out great. It was in a decent area of Catania, and a castle was right across the street. Nothing was stolen, and I made it out alive.

Etna (“The Lady” to the locals) was the biggest reason I chose to visit. When I’m in the US, I spend most of my time in the eastern US and have never even seen a volcano in person, let alone hiked on one. I found a tour that picked me up from my Airbnb place, and we proceeded on a 5-hour tour of Etna.

I expected this hike to be more like a mountain, with dirt, trees, some rocks, etc. (Obviously, I did zero research about volcanoes before I left). Instead, I found tons of lava rocks, no trees in the higher altitudes, a few inactive craters, a lava cave, and zero actual lava. It was fun, though. My tour group was an Italian guide, A French couple, and German sisters who spoke English. It was a lot of fun, and I learned quite a bit about the largest active volcano in Europe!

I almost missed the Teatro Romano entirely as it was virtually hidden between other modern buildings. But it was actually one of my favourite parts of my trip. The original theatre was actually built around 300 BC by the Greeks, but the Romans, obviously, eventually took over.

It was a pretty cool site, and it is highly recommended the next time you’re in Catania. I was (and still am confused) by the entrance fee. When I walked in, the woman told me the fee was 6Euro. I took out a 20; she looked at me weird but didn’t say anything. I assumed she didn’t have change. So I put the 20 back, took out a 5 and set it down. While I was looking for 1 Euro, she took the 5 and handed me back 2 Euro. This ticket I received said 6 Euro. So I’m really not sure why I only paid 3, but I’m taking it as a win.

Like any city, one of my favourite things is walking around aimlessly. I strolled through the fish market, with fishermen shouting about what they had for sale. I discovered a “pop-up market” (which resembled an outdoor flea market) with merchants displaying their newest merchandise. I visited the famous elephant fountain near the Duomo, a popular meeting spot for locals and tourists.

I sat at a table in the sun outside a small pasticceria off the main square, listening to a trio of street musicians play Italian music, watching the clouds pass over the peak of Mt Etna in the distance; I savoured every moment.

While my trip to Sicily was planned on a whim, I’m delighted I went. It was a step outside of my ever-growing comfort zone for many reasons. Catania was a small but lovely city, and Etna was more than I ever expected. Yet another chapter in this grand adventure! Next week: a half marathon in Verona and maybe an outing in Florence!

Belfast: An Exciting Weekend With Friends