9 Museums in Stockholm For Every Visitor 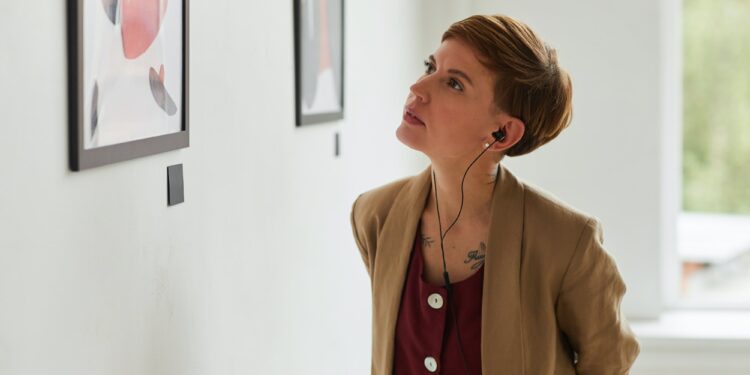 Stockholm in cold, grey and wet weather may seem a disaster to the holiday maker, and a disappointment threatens to ruin the vacation. Of course, the usual remedy is the cheerful exhortation to visit a museum. Still, you may feel even more shocked by that. Museums are dry, dull and dusty places full of exhibits you don’t want any information about – or not?

Actually, you may find some of the most modern and interactive museums in Stockholm, and as for the boring ones, you may have to learn how to pick the raisins out of the cake. So let’s see what is on offer!

Museums in Stockholm for families

First, for the family with children, there are some really exceptional places to visit.

You’ll be able to spend some time at the Museum of Technology and Science, where the great hit is the Cino4, showing 3D films with wind gusts, smells and moving seats. Films last for half an hour and take you down into a volcano or out into space, and it feels real enough to fascinate even the most blasé. There is also a 19th-century mine to go down into, a vast model railway, the “energy game” where you (or your kids) make choices about resources and consumption and the technical science lab where everything can be touched and experimented with and laughed at.

Then we have the Natural History Museum, where the great attraction is Cosmonova. This planetarium whirls you out among galaxies and supernovas in the blink of an eye or shows other films immersing you in a first-class visual experience. Among the exhibitions are recreated environments from around the globe – walk among polar bears or get into the belly of a whale! Or visit the Neanderthals or the “Marvels of the Human Body”, where you take a journey around 39 interactive stations. You can explore the electrical current in the brain, test your reliability as an eye-witness or challenge your senses in the Dark Room.

Finally, most children and adults love the Museum of Swedish History. Here, the time traveller steps through the gates of the time machine in the exhibition “Prehistories” and lands in long gone times, where eight persons tell and enact the stories of their life and work. The gold room holds fairytale treasures, and for the history buff, everything in Swedish history, from the Stone Age to today’s climate problems, is on show.

But what about adults not interested in space or science or Viking weapons? Is there some culture to be found in any of the museums in Stockholm?

Museums in Stockholm for adults

The National Museum holds canvases, drawings and etchings of every style and epoch – and since this massive richness risks overstimulation and, consequently, the boredom and stupor mentioned above, it is time to learn a museum visitor’s trick. It really is relatively straightforward: choose beforehand what you want to see. There is no law forcing you to stare admiringly at every strange thing on the walls! The museum has a great website to read about the collections and select your favourite epochs and art forms. Then, once on the spot, you ask for their location and sit down in front of what you like the best and just enjoy it – spending time with the 18th century Lady with the Veil by Alexander Roslin, or with a gilded icon Madonna really is to be in perfect company!

The Museum of Far Eastern Antiquities hosts part of the spectacular terracotta army from the Chinese emperor’s tomb in underground vaults echoing the original place of these clay soldiers. Or why not ask the museum personnel to roll out and show you some delicate Chinese paintings on rice paper? Unfortunately, they cannot be kept open all the time. Still, there is a room full of scrolls that will let you fantasize peacefully about ragged mountains and Buddhist monks. At the same time, the rain splashes outside, and if someone asks you if you are a researcher, you just smile and tell them you are an artist.

Of course, culture in the western world began with Classical Greece and Rome. If the rain continues, you might take yourself to the Museum of Mediterranean and Near Eastern Antiquities to visit sculptures from Cyprus, Egyptian goddesses and rugs from the Middle East.

Perhaps feeling you should learn more about Stockholm, the Museum of Medieval Stockholm describes the emergence and medieval development of the town. The leading exhibition is built around some of the monuments which came to light during the archaeological excavations on the city island of Helgeandsholmen between 1978 and 1980; each year, there is at least one theme exhibition.

This is one I absolutely recommend. If you’re unaware, the Vasa warship from 1628 sank almost immediately after her maiden voyage. She was not built properly, and one gust of wind sent her down to the bottom of Stockholm harbour. They pulled the ship out of the water 300 years later and plopped it on land. This ship is so large it is almost unreal. It seems like something made for a film or some elaborate prop by Disney. Since this lives in a temperature-controlled room to prevent decay, see this while you can!

Museums in Stockholm for music fans

I’m a super Abba fan and have been since I was young. I highly suggest this museum if you love the band or just love exciting history. It is located beside the amusement park Gröna Lund; you may visit both on the same day!

Now, you only have to find these places! However, if the rain is still pouring or you cannot resist even more exciting facts, perhaps the Swedish Tobacco & Match Museum or the Swedish Royal Armoury might tempt you with a visit.