8 Must-Know Facts When Going to Spain 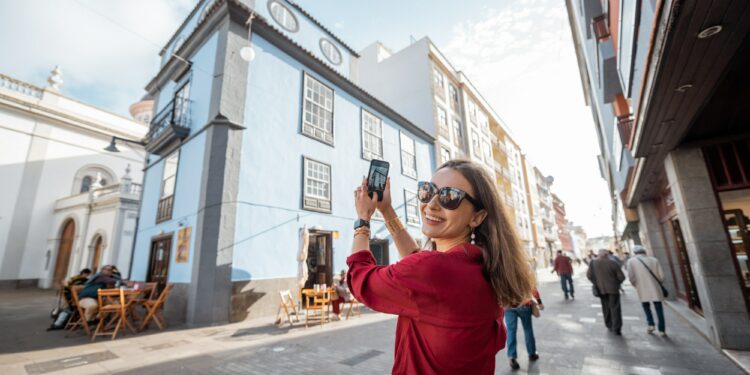 So we have all heard how Spain is this beautiful country with delicious food and wine, fabulous festivals and traditions and a magnificent landscape dappled with historic buildings. (Which, by the way, are all true!). But there are always those funny things you hear rumours about, like the deep love of siestas (which is also true, but I would call it a way of life rather than a deep love).

As you would expect from a foreign country, some items may require an understanding before you arrive to avoid any issues or misunderstandings.

Here, I have put together the things I feel you need to know before travelling to Spain to make the most of your experience and adapt easier to cultural differences.

Siestas are a real thing.

Siesta is one very prevalent cultural aspect, and my suggestion is to take part, or you may find yourself in a ghost town. When 2 pm rolls around, most businesses close for lunch and siesta ( except restaurants, which open at that time!). They will return around 5 pm to reopen for a few more hours, but this is something foreigners have a hard time adjusting to.

I get you when you come from a place where napping seems to (unfortunately) only happen in preschool, and you wanted to go shopping, and nothing seems to be open. It is a genuine concern, but the best thing I can do to help you is tell you that siestas are real, and if you join in, your relationship with the country will go much smoother.

You might think, “duh,” but you would be surprised at how many people get frustrated when they cannot communicate properly in English. Do people visit your country expecting you to speak their native language, which is foreign to you? No.

Yes, English is prevalent, one of the top five most common globally (but Spanish is on that list too). And although many people may take English courses, they are still basic, so be prepared to learn some Spanish yourself before you go and have a translating resource handy. This is especially true if you visit outside cities to smaller towns and villages. In addition, I have some resources on valuable apps and phrases to help you with language barriers!

This, I feel, is only a concern when you are in crowded areas of cities and festivals. This is not something only found in Spain and can happen anywhere in the world. But I am just going to tell you now keep your pockets empty and anything important or money under your clothes. They cannot pickpocket you through a t-shirt. Travel light and enjoy, and you won’t have any worries when you hit the town!

The Spanish do everything later.

Have a Spanish friend, and you told him a specific time to meet? It is almost a social norm (annoying as it may be or not) to arrive late. Therefore, you can expect them an hour AFTER the arranged time. Now, not every Spanish person is like this, but it is prevalent.

This also applies to eating or going out, which I feel is more challenging for foreigners to adjust to. Don’t even dare think about entering the club before 4 am!

Each eating schedule in Spain

North American Families have dinner around 6 pm, while Spanish start at 9. I have even gone out and had dinner at 11! This might be okay to avoid jet lag if you have that time difference, but I feel for those Northern European travellers who are starting to get into restaurants that won’t open their doors until 7 or 8 pm.

But, if you keep in mind the eating schedule in Spain, you can efficiently work it to don’t get left stranded waiting for restaurants to open.

The Spanish have five meals throughout the day:

The deal with tipping in Spain

There is some confusion over the tipping culture in Spain, so I am just going to clear this up now.

Spanish people DO tip their bartender and wait staff. It is just not a mandatory 15% like seen in North America. Suppose you are in a heavy tourist destination. In that case, they may add this service charge to your bill because they assume you come from a tipping country and are used to it- a double win for the restaurant if you don’t realize the charge has been included in your bill, and you tip again on top of it!

But the locals do not do this, and generally, when they get a bill, they round up the change, typically leaving a euro or two for the staff ( depending on the size of your bill).

August is not the time to visit Spain.

Especially for a beach getaway. During the whole year each town, village and city have its traditions and festivals. But August, let me tell you, is when all of Spain takes their time to travel. They visit the best local beaches and towns. It is like a vast tourism month in Spain, entirely from locals. It is hard to shop and move around at this time, and because the temperature tends to be so ridiculously hot, the only place you want to be is the beach, which is where the rest of Spain’s 46 million people are.

If you don’t like crowds, don’t travel to Spain in August.

The Spaniards have smaller bubbles.

This might sound weird and probably only relevant if you want to start living, dating, or just really integrating into the culture. I had a hard time because people were very, let me say, touchy? Maybe I grew up a little cold, but I viewed things like placing a hand on the knee as a sexual advance and talking close as flirty. However, the consensus in Spain is that these things are not sexual at all.

Now, I am not saying forget your boundaries while in Spain because touching is okay there. But what I am saying is it would be good to know that it’s ordinary in their culture. So instead of getting offended, make clear what your boundaries are so that there is an understanding. Spanish culture is generally very liberal.

Adventures and Misadventures of a Neophyte Traveller

Can Iceland Be Done On a Budget?

Can Iceland Be Done On a Budget?