10 US Cities To Visit In The Fall With Picturesque Scenery 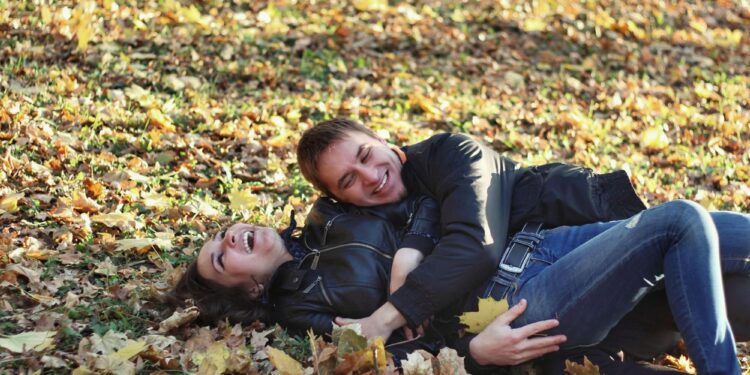 Fall. Autumn. Otoño. Automne. Whatever your preferred way to call this transition from summer to winter, many cities in the United States offer picturesque scenery. It’s not all about major cities either; the US has some lesser-known locations suitable for those looking for a more serene autumn.

The fall season is one of vibrant colours known as fall or autumn foliage, a welcomed change after a scorching summer. The spectacular fall foliage is reasoned enough for compiling this list of US cities to visit in the fall.

US cities to visit in the fall: Northwest

The Rose City–Portland is a great place to travel to during any season, especially in the fall as the heavy greenery begins to show hints of reddish notes. Along with the gorgeous change of colour, Portland is known for its heavy festival scene. The Killer Pumpkin Festival features a day of pumpkin; beer, food, and games.

The Emerald City–Seattle’s fall season consists of plenty of clouds and rain, much like winter and early spring. Seattle is one of the most fun cities to visit for fall colours and events. Much like Portland, the food truck and microbrew scenes are enormous. During autumn, attend the Fremont Oktoberfest, which consists of over 100 beers and over 50 breweries. Trucktoberfest is also a must, with 35+ trucks churning out delicious concoctions that can only come from Seattle’s rural lifestyle.

US cities to visit in the fall: Midwest

The Windy City–Chicago’s autumn foliage can be enjoyed in the open air around Lincoln Park for red maple, birch, elm, and other trees made for colourful viewing. At the Morton Arboretum, enjoy more than 4,200 types of trees while you hike and explore gardens, wetlands, and plenty of trails.

Some notable events that make this one worth visiting for fall colours, as well as attractions, are Mac & Cheese Fest; a festival dedicated to the beloved mac & cheese, not on its own but with delicacies such as truffle braised duck mac, chipotle-truffled chorizo mac & cheese, and other savoury creations. Chicago Beer Hoptacular explores the Second City’s local brews with tastings and presentations that last for two days. This event is a hit for craft beer enthusiasts.

US cities to visit in the fall: Southwest

The Crossroads of the West–Salt Lake’s fall foliage can be appreciated with a hike up the twin peaks of Mount Olympus, a local favourite. SLC’s fall events consist of Nightmare on 13th, Utah’s largest haunted house and voted #1 by the Travel Channel in the state. For the DIY crowd, the favoured Salt Lake City Mini Maker Faire is a festival with over 75 creative artisans.

Named after the trees around its city, Aspen is not only a gorgeous retreat in winter but in autumn as well. September to early October is when you’ll enjoy the golden leaves. Aspen is for the nature-lovers; hike up Aspen Mountain or bike around the Maroon belts. Trek through the 10th Mountain Division Hut System, a not-for-profit organisation that manages 34 huts in the countryside’s Rocky Mountains. Each hut is equipped with a fireplace, running water, and cooking materials. This is one of the most exciting reasons to be included in these cities to visit for fall colours and fun list.

US cities to visit in the fall: Northeast

A popular tourist destination, Bar Harbor sets an excellent scene for autumn retreats adjacent to the coastline. Home to plenty of outdoor enthusiasts, it’s no surprise this town is favoured during the autumn season. There is plenty of biking, mountain climbing, bird watching, and cruise ships in October.

The Acadia National Park provides the rugged Maine terrain that most would expect and appreciate, such as the Blackwoods and Seawall Campgrounds.

The Ski Capital of the East–Stowe is a great place to visit in the fall. The mix of orange and reddish hues surrounding the town makes for an incredible sight. Stowe is another town for nature-lovers, a prime place for hiking, rock climbing, and outdoor recreation during the fall. Some points of interest are Mount Mansfield, Smuggler’s Notch State Park, and the Stowe Mountain Resort.

The Big Apple–New York City is one of my favourite cities to visit for fall colours or any season. Its allure comes from the outer concrete jungle surrounding the natural oasis that is Central Park. NYC also offers some unique venues besides the numerous Oktoberfest events circulating the city and surrounding boroughs. Enter Cider Week; autumn wouldn’t be the same without cider; the specially crafted ciders will be distributed at various bars, restaurants, and markets during the week.

The NYC Zombie Crawl dresses like a zombie, drinks cheap booze, does some free bowling, and possibly meets a fellow zombie friend for your Halloween fix.

Part of the northern Appalachian Mountains, the White Mountains offer spectacular views and tranquillity for the naturalist. Trek the Glen Ellis Falls; the falls are a 64 ft drop and are an incredible sight. A local favourite is the Kancamagus Highway, one of the most scenic highways for biking and soaking in the fall foliage around you.

US cities to visit in the fall: The South

Asheville is a prime location for experiencing the beauty of fall. With over 100 species of trees, you will experience a vibrant season. Nestled right inside the Pisgah National Forest, the amount of hiking and other outdoor activities is endless. Water adventures, horseback riding, star gazing, you name it; Asheville provides it.

These are only a few of the best places to visit for fall colours and fun. Whether you prefer the controlled chaos of autumn in the city or fall in the countryside and outdoors, the United States offers plenty.

5 Food Places To Visit in New Orleans: What and Where 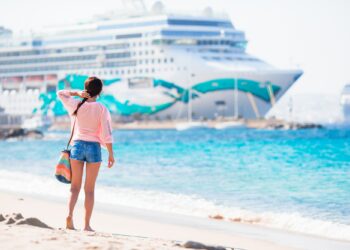 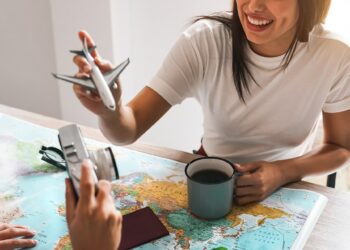 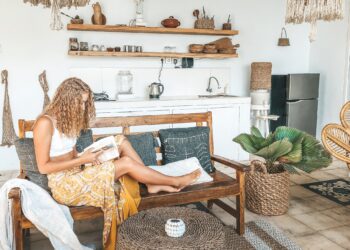 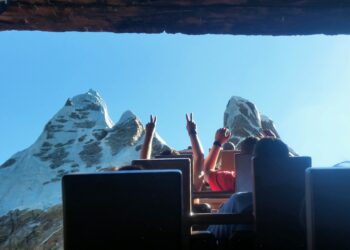 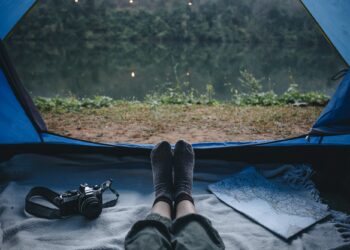 Wondering What To Do In Warsaw? Here's My Experience