10 Hotels in Chicago That Are Definitely Worth A Try 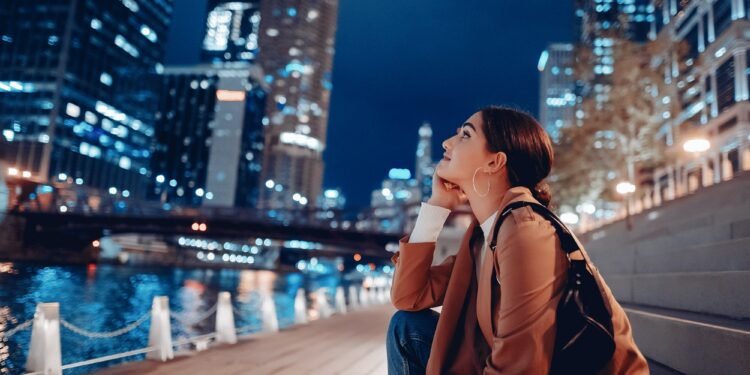 Chicago is one city that will surely please any visitor. From the traveller who has been around the world to those who just want to have a good time, everyone will find interesting places to visit, activities, dining and hotels in Chicago for every budget and taste.

With its own share of architecture, rich history, and modern attractions, the Second City is worth the trip even though more people tend to gravitate towards the hustle and bustle of New York or the glitz and glamour of LA. Chi-town does not disappoint with places to go and things to do from its museums, restaurants, and the expansive Grant Park. There is no need to worry for anyone out of town visiting for the first time because the city does not lack top-notch accommodations. Here are ten hotels in Chicago that would be great for visitors because they are either just around the area of downtown Chicago or easily accessible to the city’s best attractions.

Hotels in Chicago: The Fairmont

This renovated hotel was reopened in 2010. With 687 deluxe rooms, any visitor who wants to be billeted in one of the city’s luxury hotels should consider this one. It has a very convenient location in the Loop neighbourhood. It is therefore situated close to Lake Michigan and Millennium Park.

Visitors should take note that this accommodation takes its indulgent reputation very seriously. Each room is equipped with the works – separate shows and soaking tubs, 42-inch flat-screen television sets, iPod docks, and Wi-Fi Internet access name a few perks. In addition, the hotel is home to a wine bar, a renowned Asian restaurant, a spa, and a fitness centre. The building was designed by David Rockwell, and everything spells class and sophistication, including the guest’s bill.

The strategic location of this hotel, right smack in the downtown area, is ideal for visitors who don’t want to spend time getting to the centre of the city. Royal Sonesta can be walked to and from the “Magnificent Mile” the city’s upscale entertainment strip. The rooms have a great view of the river district and two of the tallest buildings in the country, the Trump Tower and the John Hancock Centre. The rooms are well-appointed, with comfortable beds and done in bright and clean interiors.

Service and efficiency seem to be the running themes of the 21c Museum Hotel. With a concierge service available 24 hours a day and complimentary Wi-Fi Internet access in the entire vicinity, business travellers will indeed find this among the hotels in Chicago to their liking. The rooms are equipped with custom furniture, areas for dining and work, plasma TV sets, and docks for MP3 players. The attractions nearest to the hotel are the Magnificent Mile, which is only four blocks away. Likewise, the Navy Pier, the Museum of Contemporary Art, and the John Hancock Center are just four blocks away.

For anyone who wants to stay in one of the hotels in Chicago located in the River North district, Kinzie is a great option. The rooms offer breathtaking city views. Modern conveniences such as DVD players, Wi-Fi Internet access, desks, and luxurious linens are provided. In addition, it is just two blocks away from the Magnificent Mile.

Hotels in Chicago: The Allerton

For business travellers, the Allerton Hotel is a top option. It has a 24-hour business centre, meeting rooms, and two ballrooms. The lobby and M Avenue Restaurant offer free Wi-Fi. The hotel is classic in its aesthetic, inspired by the 1920 Italian Renaissance. Last renovated in 2008, the guestrooms are done in classic décor, but with a touch of modern architecture. Marble bathrooms are side-to-side with flat-screen TV sets with premium channels and docking stations for MP3 players. This Michigan Avenue accommodation is one of the hotels in Chicago within the Magnificent Mile, so surrounding it are high-end shops and restaurants. The next closest attractions are the Art Institute and Lake Michigan.

Hotels in Chicago: The Drake

This hotel is one of the closest to Lake Michigan, giving guests a spectacular view of its sparkling waters. This landmark has had a long history since its opening in the 1920s. Situated along the Magnificent Mile, posh establishments of the Water Tower Place are within walking distance. The establishment is known to still be quite traditional as its Palm Court holds traditional English tea ceremonies, complete with live harp music every afternoon. The decors are very Old World classic, but guests can enjoy modern amenities like free Wi-Fi in its lobby.

For those who want to be in one of the Chicago hotels near the best shopping hunts, Palmer House is a fantastic option. The feel of the place is straight out of a roaring 20s movie. It was done in 1925 Beaux Arts-style. The nearest establishments of interest to any visitor are Millennium Park, Macy’s, Lake Michigan, the Art Institute, Wrigley Tower, and lots of high-class shopping at the Magnificent Mile. A spa, business centre, health club and lush rooms with antique décor await visitors. Wi-Fi Internet is available in all rooms.

As with all W Hotels in other parts of the country, the Windy City’s own version is also luxurious and sleek. The modern glossiness of the hotel’s interiors is perfect for visitors who want to be near Ontario Beach, Northwestern University, and the Navy Pier. A couple of miles away is the Magnificent Mile. In addition, the hotel houses the Wave Restaurant serving Mediterranean cuisine, the Whiskey Sky Lounge with its breathtaking views, and the Bliss Spa for those who want some pampering.

This is one of Chicago’s hotels with a memorable architectural flavour: It has 43 stories and is made of glass! Those who want to go to the Chicago River will find the place ideal. Only four blocks away are shopping options from the Magnificent Mile and fantastic photo ops at the beautiful Wrigley Building. The Penthouse Health Club of the hotel also offers serene lake views. Guests can choose whether they want to have accommodations that overlook the city skyline, the river, or the lake. Any choice is splendid!

Hotels in Chicago: The Peninsula

If you wish to be near Water Tower Place for shopping, the Peninsula is the way. Aside from its impeccably-decorated rooms, this hotel stands out because of its fitness centre that overlooks the city and the top-notch Shanghai Terrace that offers an exclusive supper club experience. In addition, many rooms have their own exclusive soaking tubs and premium facilities.

Many other hotels in Chicago offer excellent accommodations, but these ten top the list.

The Island Of Eleuthera | Bahamas On A Budget